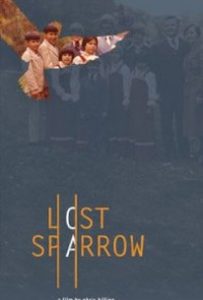 Chris Billing is an unassuming man, a journalist and documentarian who cares enough for the truth that he is willing to pursue it even at personal cost. For ten years he worked as a journalist in China, from 1996-2001 serving as Beijing Bureau Chief for NBC News. Now he lives and works out of Washington, DC, beginning Small Handful Productions to make documentary films. His first production, Up To The Mountain, Down To The Village (2005) records the story of Mao’s youth re-education campaign during the infamous Cultural Revolution in the decade leading up to 1976. Now he has written, produced, and directed Lost Sparrow, which is available for purchase in DVD and was featured in the Fall 2010 lineup of PBS’s Emmy Award-winning series Independent Lens.

Lost Sparrow is a deeply personal story for Chris to tell. He grew up in a comfortable Baptist home into which his parents adopted four siblings from a troubled family on the Crow Reservation in Montana. One night two of the brothers, Bobby (13 years old) and Tyler (11) ran away and in the process were struck by a passing train and killed. Questions remained about the event and as Chris has discovered, his adopted brothers had left to try to find help for their sister Lana.

Discovering the true story has meant uncovering painful truths about his past, his parents, and the tragedy that had occurred so long ago and that continues to send tendrils of destruction into lives and relationships. We recommend Lost Sparrow not because it is easy to watch, but because Chris Billing models what it means to be a Christian in a fallen world who has a chance to tell a story and chooses to tell it true.