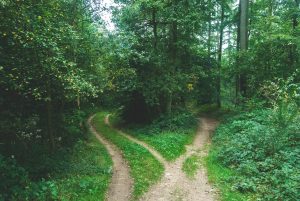 Over the last few months I’ve found myself in multiple conversations about the fragility of faith. That’s a phrase coined by philosopher Charles Taylor in A Secular Age (2007) to describe how cultural pluralism tends to make the faith of believers fragile, or, easier to walk away from and somehow less unassailable.

The reason for the fragility is this: in a pluralistic world, believers are surrounded by admirable people who do not share their faith, and may even be hostile to it, and who yet seem to flourish as persons. They may even seem more admirable than we are—in sacrificial sharing, loving the stranger, caring for the earth, giving of their time to charitable causes, being involved in their neighborhood. On top of that, we meet believers who have walked away from the church and the faith and their testimony is unsettling: they report their life is better not worse since they walked away. So, naturally, the faith of the believer seems less essential than they imagined, less compelling, less necessary—in a word, more fragile.

It is a myth to imagine we can escape such susceptibilities. Even exclusive groups of believers are not immune, if for no other reason than that they unconsciously shape the closed nature of their community in reaction to the cultural forces they are attempting to avoid. An example is the American Christian fundamentalism of the late 19th, early 20thcentury. Concerned to escape the corrosive effects of modern theological liberalism, fundamentalists defined their concerns by the attacks against scripture and doctrine that the liberals were waging. Their agenda, in other words, was not set by historic biblical orthodoxy—which should have been their primary focus—but by the academic agenda of liberal theologians. If it wasn’t so tragic it would be funny.

The point I wish to make is this: we live in a pluralized world and so as believers find our faith is fragilized. This is simply an existential fact, a sociological reality. If you find yourself doubting this, I recommend you face reality. And if you find yourself trying to isolate yourself and your loved ones from the pluralistic culture that fragilizes faith, stop it. We are called to follow Christ into a fallen world, even at cost, not escape out of it into some supposedly safe ghetto of right belief, worship and practice.

This doesn’t mean we should be complacent. St Paul instructs the people of God to resist being “conformed to the world,” to refuse to be molded by its ideologies and subtle pressures. We must think through what our world is like, reflect on its attractions, effects and values and set our own course for life defined by the truth of God’s word.

I have no easy answer to the fragilization of faith and believe there is none. Responding to it will require us to think deeply about the nature of Christian worship, Christian discipleship, and the development of maturity. Of one thing I am certain: this challenge to the Faith and the Church by the world should not frighten us. The promise of our Lord remains: not even the gates of hell can prevail against Christ’s Church. This isn’t to suggest that it will not take a great deal of hard work (it will) or that there won’t be some casualties along the way (sadly, they will occur) or that we’ll find an easy solution (there isn’t one). It is to affirm that Christ’s death and resurrection are definitive, so that the gospel will prevail. The end of things is not in doubt, people, though the path between here and there will be filled with all sorts of surprises and an assortment of landmines.

Photo by Jens Lelie on Unsplash