This past Sunday (in 2013) Margie and I wandered through five acres of woods with our good friend, Joe Schwen, organic farmer extraordinaire. The woods belong to a neighbor of his, a place where he has harvested wood for their furnace to warm their home through the long Minnesota winter. It was a delightful day, fluffy clouds scattered across a blue sky, with bright sunshine and about 65 degrees. The reason spring is so delightful this far north. 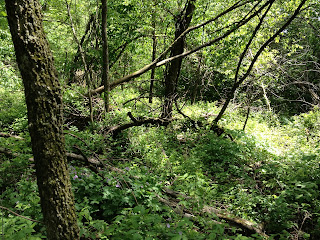 Spring is a bit late here this year. We had a big snow (over a foot) in May, and plenty of cloudy, chilly, rainy days since then, keeping farmers, including Joe, out of their fields since they’ve been too wet for planting. The weather has also meant that everything is rather lush with lawns growing well and lots of underbrush in woods. 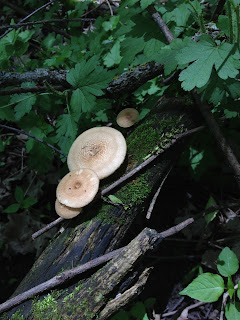 We were looking for morels. If you have never tried them, you are missing one of the great delights of life. Though they look weird—actually they look appalling, but let’s not go there—they are tender, light, with a delicate flavor that is hard to describe. They are precious, so we have them rarely, though we often stop and look longingly at them at Farmer’s Market where they are usually priced at $28-$35/pound. 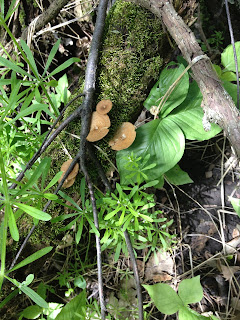 Because of their delicate flavor Margie usually makes them simply, dipping them in a light batter and frying them gently in butter. I have not been fond of mushrooms, finding them a bit slimy and earthy-tasting, though I’ve grown to appreciate them. But I’ve loved morels from the first taste. 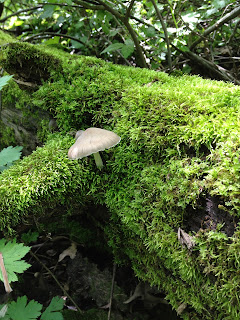 Margie often when hunting for morels as a child with her mother, as she tells in The Exact Place, and Joe often finds enough to sell at the Market, so I was in good company. I’ve only found morels in the wild once, while fishing for trout along a stream near Preston, MN. I wasn’t hunting for them, and the trout were not biting, so I told Joe that if my record held we simply be enjoying a lovely walk on a Sunday afternoon. 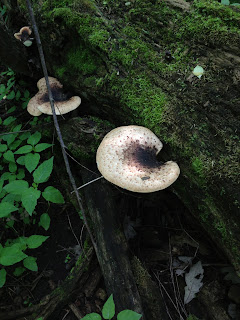 My main task was to try to not get too lost, which I failed to accomplish. I expected to get lost, since I am so directionally challenged that I use my car GPS to get around to some places here in Rochester, where I have lived since 1981. After wandering for a while I texted Margie and told her I was lost. She texted back that I should look at the sun and go towards 2 o’clock which was the direction of the road at the edge of the woods. The sun was directly overhead. 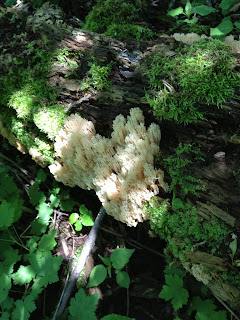 Soon after entering the woods I watched Margie and Joe disappear confidently into the greenery. At that moment I realized that hunting for morels was not what I was doing. I was wandering aimlesslyaround, and any morels I happened upon would be entirely providential. As providence had it, I happened upon none. 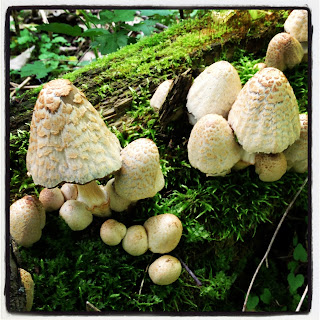 As you can see, I found lots of mushrooms, however, and found each variety lovely. They seemed to be lurking quietly in the underbrush, surprising in their uniqueness, always living amidst decay. As if to say that somehow the process of death ending life would not be allowed to be the final word. 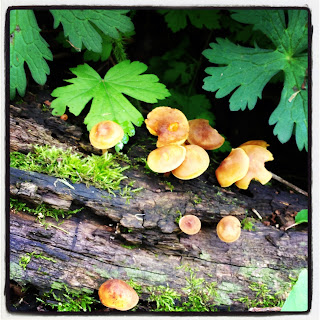 There were also little flowers, often spreading out into lush carpets and I hesitated to walk through them because I would step on the some of the plants. 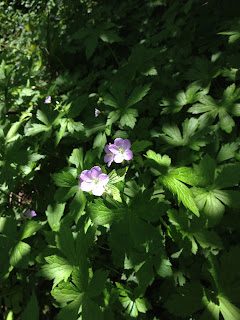 Some flowers seemed to float along the top of leaves, as if in a subtle, quiet ballet that was in tune with its own music. 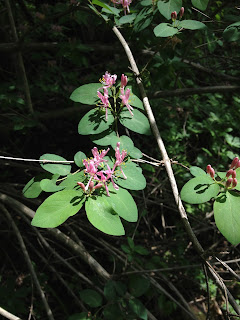 And there were Jack-in-the Pulpits, appearing in little glades between stands of trees and growths wild raspberries whose thorns pulled at my pants as I pushed past them. 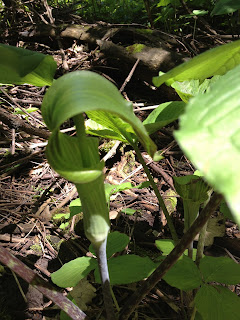 The afternoon was a complete success. I got found, eventually, or more precisely, found myself out of the woods to the road. I loved the quiet, listening to birdcalls, the lush green growth, and the numerous mushrooms peeking up out of the leaf and wood litter. A lovely Sabbath rest. 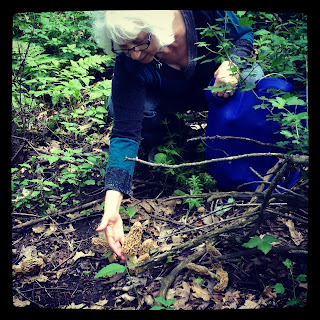 Oh, yes: morels. Margie found a few, and Joe discovered a thick stand of them as he walked back to the car. That too, was a success. 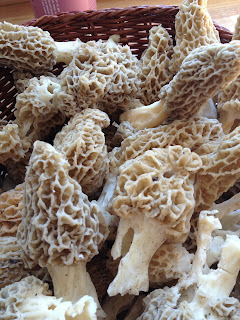