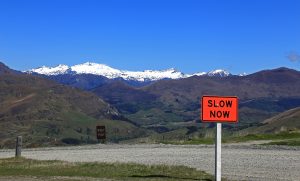 One of the things I find myself constantly thinking about is how discerning, faithful Christians can bring a measure of grace into our fallen world. This is, after all, our calling, and something we must take seriously if we intend to follow our Lord Christ into the world. It may not change the world—that’s the responsibility of my King, not me—but if it is in keeping with the values of God’s kingdom then it is worth doing, for his glory. And who knows how he’ll use it?

An idea came to mind as I read, “Wait a Minute” in The Atlantic (August 2019) by Jonathan Rauch. The author suggests that the pressure to respond quickly to emails and texts produces responses that are not necessarily shaped by careful reflection and thought, but by the need to say something quickly. “Slowness,” the author notes, “is a social technology in its own right, one that protects humans from themselves.” Social media, on the other hand not only rewards instant responses, it essentially requires them.

I realize that sometimes emails and texts do not need reflection and a careful, thoughtful response. Just this morning I exchanged a series of messages with dear friends that work with me on the art gallery at our church. Some of the emails were to make certain we all remembered correctly what had already been discussed and agreed. And then there were emails with family members about dates and times of arrivals for visits together. We were simply exchanging facts. My responses needed accuracy, but not reflection and unhurried thought. I could read the email, hit Reply to All, type a quick sentence or two and hit Send.

Humans have not one but two cognitive systems. In his book Thinking, Fast and Slow, the Nobel Prize-winning psychologist Daniel Kahneman calls them System 1 and System 2. System 1 is intuitive, automatic, and impulsive. It makes snap judgments about dangers such as predators or opportunities such as food, and it delivers them to our awareness without conscious thought. It is also often wrong. It is biased and emotional. It overreacts and underreacts. System 2, by contrast, is slower and involves wearying cognitive labor. It gathers facts, consults evidence, weighs arguments, and makes reasoned judgments. It protects us from the errors and impulsivity of System 1.

It’s doubtful to me that social media companies will change their systems so that people must pause and reflect before posting a message. For one thing I suspect most users would not like the change and many would resist it. Outrage diminishes when we slow down, pause, wait, and reconsider.

“Rethinking instanticity,” Rauch says, “would help us put our better selves forward, perhaps often enough to make social media more sociable.” It’s hardly a new insight. Consider, for example, these ancient Hebrew proverbs: “The heart of the righteous ponders how to answer, but the mouth of the wicked pours out evil things.” (15:28). “Do you see a man who is hasty in his words? There is more hope for a fool than for him.” (29:20). And Christians move past mere advice to apostolic command that we be “slow to speak” (James 1:19).

Instead of waiting for social media platforms to install Pause buttons we should consider installing our own.

Perhaps instead of apologizing for a delayed response to some email, we should mention that we wanted to take time to reflect before responding. Perhaps we might include a note at the bottom of each email saying that except in occasional factual exchanges we do not respond quickly as a matter of principle. Perhaps we might cancel our Twitter account.

It’s interesting to me that recently Margie and I have met young adults who intentionally choose to communicate via snail mail. They have computers and email accounts but prefer to write. One recently was given personalized stationary for his birthday and happily wrote me a delightful, thoughtful two-page letter on it.

Over the years quick responses have come back to haunt me. Ill chosen words have provoked misunderstandings, wounded friends, ended relationships, passed on outrage and encouraged cynicism. Such is the fruit of instanticity.

I should have installed a Pause button years ago.

Photo by Nareeta Martin on Unsplash