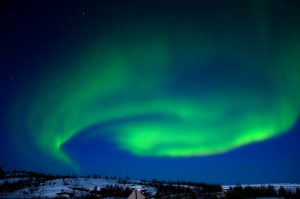 A failure of imagination

In the July 30, 2018 issue of The New Yorker, Laura Miller, a Slate columnist published “Accept the Mystery,” a review of The Incendiaries by R. O. Kwon. I have not read Kwon’s novel though Miller’s review of it convinces me I should. Usually when I read a book review my focus is more or less almost entirely on the book being reviewed, not on the review itself. In this case, however, what Miller wrote was so interesting to me that I couldn’t stop thinking about it—especially her first paragraph.

I would want to insist that being attracted to Miller’s review does not mean that she failed in her task as a reviewer. It’s not that her review diverted my attention from Kwon’s novel, but that her review also prompted me to think about how I read fiction and what draws—or doesn’t draw—me into the story. Miller grants us a brief glimpse into her heart and imagination as a lover of fiction, and her transparency prompted me to reflect on my experience as well. In the end what is really at stake is how we see life and reality, and whether we can access perspectives very different from our own.

Read Miller’s review (you can find an online version here.) because it’s very worth reading. And if you have read Kwon’s novel I’d love for you to comment on it as well. In the meantime here is the opening paragraph of Miller’s review, and a few of my reflections on it:

“‘People with no experience of God tend to think that leaving the faith would be a liberation, a flight from guilt, rules,’ observes Will Kendall, one of the three central characters in The Incendiaries, R. O. Kwon’s debut novel. In fiction, there’s a corollary: to the nonbelieving reader, a character’s religious fervor can be a hindrance. Reading a novel requires, if not outright belief, the willing suspension of its opposite. The characters in fiction may be invented, but the concerns and the passions that propel them—love, ambition, anger, fear, curiosity, desire, loneliness—are ones that everyone shares. When an imaginary character cares most deeply about a god who seems equally imaginary the spell can weaken; a reader may impatiently wonder when the character will wise up and throw off these phantasmal chains. Will, a former evangelical Christian, remembers standing at San Francisco’s Fisherman’s Wharf with his fellow-believers after a day of preaching, holding hands and ‘calling out in tongues.’ For him, the memory of that day is ecstatic, and the loss of that faith, that joy, is a devastation. For the skeptical reader, it’s a relief; his grief is far more intelligible than his piety.” [p. 65]

Miller is correct: readers need to believe, or at least suspend disbelief if they are to be drawn into a story. Her list of characteristics and passions that provide entrance into stories and that we share as human beings—“love, ambition, anger, fear, curiosity, desire, loneliness”—is good, but incomplete. As a believer I wonder why awe is not on the list. Surely awe is as common an experience as curiosity or desire. And following curiosity into discovery and desire into love can provoke a sense of awe, of wonder, of amazement and even reverence.

This is why we are stunned into silence while walking through an isolated mountain valley in the Rockies, watching an eagle soaring high above on invisible thermals. I’ve trembled at the desolate beauty of seemingly endless desert stretches in New Mexico watching lightning burst from massive, roiling thunderheads on the horizon. In the northern reaches of Minnesota in the dead of an icy winter I have been moved by deep reverence as the aurora borealis danced like rivers of colored fire across the night sky. And wonder has been evoked in me before paintings, in concerts, in lovemaking, and in exquisitely intricate designs of creative architects and engineers.

Awe, wonder and reverence is experienced by believers and skeptics alike, as human a response as “love, ambition, anger, fear, curiosity, desire, loneliness.” As a believer I find that the awe I have sensed before God is more profound—fierce, personal, loving, gracious—than that before nature and human creativity, but it is awe and not something else. My “piety” as a believer may be implausible to a skeptic but it should be understandable as a category of awe.

Some gods encountered in fiction are indeed imaginary, but I’m uncertain why that would be an impediment to being drawn into the story. American Gods (2001) by Neil Gaiman is chock full of imaginary gods and yet remains true to the human experience. Each of us—skeptic and believer alike—has some vision of the good life from which our values and presuppositions tend to emanate. Whatever we center our life on becomes a god to us, as Gaiman demonstrates, with its own rituals, values and sacraments, even if entirely secular in meaning.

As I read I do not question the search or the yearning, I question—and this is what becomes an impediment to me—when characters find meaning in a meaningless cosmos and consider it meaningful. “Seen in geological perspective,” the narrator in Wallace Stegner’s novel muses, “we are fossils in the making, to be buried and eventually exposed again for the puzzlement of creatures of later eras. Seen in geological or biological terms, we don’t warrant attention as individuals.” My impediment in reading arises from so few unbelieving characters questioning the significance of the meaning they settle on. It always makes me question their skepticism, because it feels a little dishonest. In a world without windows meaning is ephemeral at best, an illusion at worst but so few fictional characters ever question the implicit nihilism of their first principles. As a believer my quest for truth is unending and so I never dare assume that my presuppositions, beliefs and social imaginary do not need to be reexamined in light of reality.

I’m glad skeptics yearn for meaning, and I wish them well in their search. Still, in reading fiction it can be an impediment when the meaning is imaginary and yet it’s still assumed to be somehow meaningful.