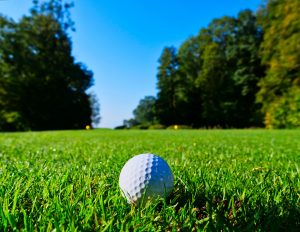 Recently people have asked if I’m retired. No, I say. In fact, I don’t believe in it.

For one thing, I don’t golf. Tried it once and was utterly bored by the third hole. Just what is the point? Besides, when I managed to connect with the ball it never went straight. My friends called it a slice and that was the only part of the game at which I excelled. My friends claimed they liked golf primarily because it got them outside. Not much of an outside, to my mind: just lawn, teeny holes, depressions with sand and water, and a few trees. A walk in a wood is far more stimulating. And natural.

Consumerism tells us we should work hard and save hard so that we can quit work, play hard and live comfortably.

Which brings me to another thing I don’t believe—comfort as a goal in life. I realize there are going to be competing visions of the good life in a broken world, and the differences really matter. In a consumerist society the final goal is a lifestyle of personal peace, sufficient affluence, and security—in other words, a life of relative comfort. But for the Christian, the goal of life is not comfort but maturity. And much of the time maturity isn’t necessarily all that comfortable.

What I believe in is faithfulness. It’s what Eugene Peterson called A Long Obedience in the Same Direction (1980). Christian faithfulness, on the other hand, isn’t static. Transitions, maybe even numerous transitions may occur in a lifetime of faithfulness. They can be necessary and good, and through wise choices and God’s grace can lead to even more faithful faithfulness.

One transition I look forward to is being able to set aside all the paperwork, governmental forms, reports, spreadsheets, donation receipts, recordkeeping and filing that is required to keep Ransom Fellowship legal and functioning as a nonprofit. It’s all important work, but it isn’t on the list of my favorite tasks. I’d rather have more time to write.

I realize that when it comes that transition might be interpreted by some as a signal I’ve retired, but that won’t be the case. The time and energy I’ve given month by month to these necessary administrative tasks will be available for writing. That’s not retirement, but a good transition in the midst of ongoing faithfulness.

In Amor Towles’ novel, A Gentleman in Moscow (2016), Count Rostov’s circumstances are radically restricted. From being a world traveling aristocrat he is exiled by the Bolsheviks to remain within the walls of a hotel, on pain of being shot if he ever ventures outside. Restricted and limited, perhaps, but his virtue and civility allow him to care for the staff of the Metropol and to adopt and raise a young girl whose mother is caught up in the turmoil produced by the Communist regime. The transition he endures is limiting, but it could be argued his best and most lasting work occurs after the limitation focuses his attention, time and energy.

Which leads me to one more thing I don’t believe: work is not essential to humanness. To some retirement means to get past work into leisure. And leisure is the comfortable goal of a lifetime of effort. The Christian view is that we were created to work; the pagan myths said the gods disliked work so created humankind to do it. I’m not saying there are no jobs that are mind-numbing, back-breaking or tedious—consider the administrative tasks I will happily relinquish. In a fallen world work, which should be glorious and fulfilling, is often reduced to toil. It will be restored when our king returns, but for now we must do the best we can.

I find writing to be hard work, actually, and sometimes tedious, but fulfilling enough that I can’t imagine not doing it. And like I say, I don’t golf.

Photo by Ludwig S on Unsplash