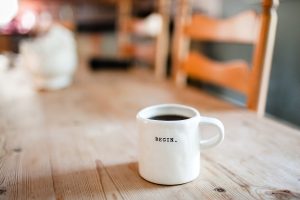 It is an interesting exercise to ask friends what changes going on in our world seem to them to be most significant. The answers we give will say more about us than about the changes themselves, since our definition of the good life will shape which changes we deem most worthy of concern.

Here is one that is of interest to me. A recent study reported by Neil Monahan and Saeed Ahmed of CNN reveals that the number of Americans claiming No Religion has grown so that it now equals the number self-identifying as Evangelicals or Catholics. More specifically, the 2018 General Social Survey revealed the following facts:

This represents real change. Since 1991 Nones have grown by an astounding 266%, Monahan and Ahmed say, and if present trends continue, they will be by far the largest group in 4-6 years.

If we have been paying attention to our neighbors, friends and colleagues this will not be much of a surprise. It is, however, a reason for humility. Our world has looked at the church and heard our message and remained unmoved. It is also a reason to confess that our eager culture warring has represented a tawdry politicization of the gospel. It is also a reason to stop accusing our non-Christian neighbors of various and sundry sins in a misguided attempt to convince them of their need of Christ since we have been expressly forbidden to judge those outside the church (1 Corinthians 5:9-13). It is also a reason to set aside the dehumanizing and reductive formulas for evangelism we have substituted for the authentic relationships and unhurried conversations demonstrated by our Lord. And it is a reason to learn to ask questions, extend loving service and hospitality, listen and imaginatively speak and live out the gospel with a creativity that might intrigue our neighbors.

It used to be that when Christians looked at their neighborhood we were encouraged to think how we might tell each person that they were sinners, that Christ died for them and that by a simple decision for Jesus they could receive forgiveness. We need to confess that this is no longer applicable and in fact, is problematic since our neighbors increasingly do not see reality in such terms. People hear such a presentation and assume Christ is irrelevant to them, and that they can find meaning and purpose while professing No Religion.

Instead, when Christians look at their neighborhood we need to pray for insight into how we can serve people in love, sacrificially. “When the world sees the church doing evangelism, making converts,” Tim Keller says, “it only sees us increasing our tribe, adding to our numbers and increasing our power. When it sees us sacrificially serving the needs of our neighbors whether they believe as we do or not, then it may begin to see that believers are motivated more by love than by the desire to accrue power. In Christian theology our belief in the God of judgment and grace is the basis for doing justice in our society. In the eyes of those outside the church, it is Christians’ doing justice that makes belief in the gospel plausible. Doing justice for our neighbors, whether they believe in Christ or not is, paradoxically, one of the best recommendations for the faith. Like Jesus, we must be mighty in both word and deed (Luke 24:19).”

Our Lord promised that even though the church may slide into grim darkness, she will not be erased from history. You could say he has staked his reputation on it. Not even hell itself will prevail against it (Matthew 16:17-19). The church in Africa is growing and has become the center of global Christianity. And the tomb remains empty. So, there are more than sufficient reasons to remain hopeful.

It’s like the wag that compared the church to Noah’s ark. Conditions in that boat would have been horrific, except for the deadly flood outside.