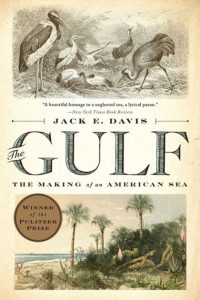 The tension of stewardship

A few years ago Margie and I were invited to lecture in Florida, after which one of our hosts generously loaned us their cabin in the Keyes. Their place was situated on the water, and from the balcony we could look out at the shimmering blue water of the Gulf. The seafood offered in nearby restaurants was grand—Margie tried lionfish, a toxic catch if not prepared properly; I ordered scallops (no surprises here). We marveled at the lush tropical vegetation, the colorful darting fish in the canal a block away, the glorious sunshine and the blue horizon where water met the sky. We were also astonished at the extent of human development. It seemed like every inch of the coast contained a hotel or condominium, and inland canals were laid out in a tight grid in order to manufacture land that could be sold as water front property. We had expected long stretches of open beach along the coast, but found none as we drove south toward the Keyes. We were only a few hundred yards from the water’s edge but could see only buildings. The few public beaches we noticed were maintained by townships, charged visitors to use them and were tightly packed with bathers.

This experience prompted me to read The Gulf: The Making of an American Sea by Jack Davis. A professor at the University of Florida, Davis grew up on the Gulf and clearly loves the place. Sympathetic to the development that provides employment for so many, he also yearns that the rich natural resources and stunning beauty of the Gulf will be maintained—both for future generations and for its own sake.

The Gulf is a history, beginning when native peoples lived along the shore, tossing aside the shells of the oysters they ate into mounds that eventually rose up to sixty feet into the air. Then Spanish ships arrive, conquistadors seeking gold, slaves and land for empires.

“No one has figured out why conquistadors starved on the Gulf. Some historians say that in coming primarily from inland Spain, they lacked a taste for seafood. Yet surely they cringed at the prospect of eating their horses and own kind. Most likely they defaulted to pillaging native food stores because that strategy was more familiar to them than harvesting native waters. The critical point is that they starved, where Gulf aborigines had thrived and grown tall in the estuarine environment. It was sheer irony that those who did not thrive conquered those who did. In all their improbable centuries on the Gulf, the Spanish never took full advantage of the lavish plenty of the estuaries.” [p. 74]

The story continues as America is founded, and a steady stream of settlers find work fishing and shooting egrets whose lovely white feathers are prized in the European fashion world to decorate women’s hats. Tourism booms with resorts, charter boats, trophy fishing, and the chance to escape the crowded cities of the mainland. Oil is discovered, first on shore and then under the water, bringing both prosperity and pollution. And as they have from time immemorial, hurricanes regularly slam into the shoreline—rather than move away from the water’s edge, even more homes are built ever more closely together on the sand.

“At dusk in April on the far southern shore of Argentina, a bird standing in the surf readies to follow its instincts. It’s a small bird, less than two ounces, lighter than a couple slices of bread. Its beak is straight and narrow, and dark with a hint of orange, a flute that peeps and squeaks. Its belly is white, and on top, replacing winter gray plumage, snowy feathers lace warm-brown ones. Pivoting its head on a barely discernible neck for a final preening, the bird reveals more white above the base of its tail, and thus its name. The white-rumped sandpiper has been in Patagonia since December, gorging on marine invertebrates. Its reserve of fat will soon convert to fuel. Once dark descends, the sandpiper will rise on a seventeen-inch wingspan, nearly three times its body length, orient its direction by the stars, and draw toward a destination its species has known for millennia: the American Arctic.
“This bantam bird is one of the pluckiest migrators in the world. By the time all is said and done, it will have flown seven thousand miles, staying aloft for up to sixty hours a stretch. The entire length of South America passes below before its first stop at Venezuela. After rest and replenishment, it again travels under a starlit ceiling, with its companions—each a mere foot apart—beating wings over the western Caribbean and the Yucatan, and then, without stopping, across the Gulf. When the sandpipers make landfall between Texas and Louisiana, they drop into a Spitfire dive straight toward earth, still in winged formation, and touch down gently at water’s edge. For a week, they will feed at the surf on marine worms, mollusks, and crustaceans before pointing their compasses north again.” [p. 185]

The history of the Gulf is also the history of the people who live and work there. They leave a lasting impact on the Gulf, but the reverse is true as well—the Gulf is too monumental in its natural endowments not to change the lives of those who call it home.

Christians should not be surprised that there is a tension in our stewardship of places like the Gulf. Its rich resources should be developed to provide jobs, while those same rich resources should be preserved for future generations to enjoy. Even before the Fall God hinted at the tension in the creation mandate he gave to the creatures he made in his own likeness. We are to “till it and keep it,” he commanded (Genesis 2:15), work his creation and gently care for it, add our creativity to his world and tenderly protect it because it is his. What occurred at the Fall was that this both/and task was perverted into an either/or one. In our fallen and politicized world job creation and environmental preservation are imagined to be opposed, as if we have to take sides when both are equally mandated, needed and good. Christians must refuse the simplistic Left / Right polarization that dominates the cultural conversation as simply one more manifestation of the deep alienation wrought by sin. The correct perspective is to see these callings as two sides of one coin, the double calling of faithfulness we have as God’s stewards for his world. When they are opposed short-term gains can be made by whichever side achieves political power, but there will always be long-term costs to bear. God established creation to function on a different basis and that is not up for negotiation.

“Sympathy for wildlife was an occupational hazard. If you worried yourself over killing, you wouldn’t have a job. Whether slaying for the market or just living off the land, being tough on nature seemed a necessity. Birds suffered for this compulsory callousness and not just in giving up feathers. At Pelican Island near Galveston Bay, George Sennett, the Texas ornithologist who liked snowys so much, made a shocking discovery: ‘Every square yard of the island,’ someone told him, had once flapped and chattered with nesting pelicans. That was before a few ‘enterprising men’ landed on the beach with a venture scheme: kill and boil down the birds for oil. Within a few years, Pelican Island had no pelicans. But the exhausted supply was of little consequence, financially speaking. The would-be capitalists never found a market for the oil.” [p. 202]

The Gulf moved me to worship (for God’s glorious creation), to gratitude (for the work and rest he invites us to in the midst of such a bountiful creation) and to repentance (for the greed and short-sightedness human beings slip into when they fail to know the fear of the Creator).

I recommend The Gulf to you. Read it for the evocative descriptions of a beautiful corner of God’s creation. Read it for the history of women and men working to make a living and a life there. And read it as an opportunity to reflect on how we might better steward God’s world.