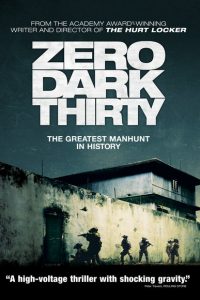 We need to talk
I am not a pacifist. I thought I was one for a few years, but my oldest daughter who was only a day old at the time, convinced me I was mistaken.

In the Sixties American troops were fighting in Viet Nam, and I was in college. That meant a student deferral from the draft, but school was becoming intolerable because without a sense of meaning it was increasingly difficult to be motivated about my classes. A man in the small fundamentalist movement in which I had been raised gave me a booklet he had written on pacifism. I remember the cover was white card stock, with only a title and his name, obviously self-published. He was quite exercised on the topic, spending considerable time, energy, and money to convince young men like myself to be conscientious objectors from the military. So I did. Or, at least I applied to be one.

Looking back on that booklet now I realize it did not make a very compelling case. The essay, though passionate was theologically naïve but full of the sort of selective proof texting I had been taught to recognize as necessary as a biblical case for something. I have read much better arguments for pacifism since that time, but between the booklet and his conversations with me I became convinced pacifism was the only fully Christian option. I got the necessary forms and applied to become a conscientious objector from the military.

My draft board set a time for me to meet with them, and in preparation I reread the booklet enough times that I virtually memorized it. The men on the board were very solemn and polite, if a bit gruff. The meeting was in a small room, paneled in dark wood, with worn wooden straight back chairs arranged in a semi-circle and one chair in the focus point of the semi-circle, where I was to sit. They asked me a few questions but basically let me talk, asking me to tell them why they should believe I was a principled pacifist that should be granted exemption from serving in the military. I was a bit nervous, but had been in debate in high school so by the end left feeling I had done a pretty good job. They quickly ran out of questions, excused me and said I would learn of their decision in a few weeks by letter, which would inform me of my status concerning the draft.

The letter finally came: the draft board had rejected my application to be a conscientious objector. I was therefore to report for military service when my number in the draft lottery was chosen.

I have often thought about that meeting with those men, and wish now I could talk with them. Not to challenge their decision but to ask what they were thinking during their interview with me. I’d like to know what prompted their decision, if they would be willing to talk about it. Were they simply so pro-military they could not be party to pacifism? It’s possible because emotions ran high on both sides of the question concerning Viet Nam. Or had they over the years interviewed enough young men to be able to see past my carefully memorized religious arguments into the indecision and uncertainty in my soul? That’s possible too, because it was the truth. My pacifism was only as deep as any of my beliefs, and at the time I was sliding into an ever deeper crises of faith.

In any case, I eluded the draft, and argued for pacifism whenever the topic of war arose which it did frequently during the Viet Nam conflict and its turbulent aftermath. Then our first child was born. A day later I visited Margie in the hospital and held my newborn daughter for the first time. She was wrapped in a soft blanket and was asleep, but kept stirring, making little almost inaudible sounds and squeaks, and one arm came loose so that I could see her hand. I remember being stunned at her fingernails—so perfect, so tiny, they brought tears to my eyes.

At that moment the door flew open and a figure barged into the room. I tensed, glanced up and knew in that instant beyond a shadow of doubt that if they threatened my child I’d take them out and feel not a single tremor of guilt or regret. It was just a nurse who had come to check on Margie. I looked into the face of my still sleeping daughter and my pacifism crumbled and dropped away.

In one sense my discovery concerning my pacifism was not very surprising since during those years I was certain of very little. The Christianity in which I had been raised, privately compelling but socially irrelevant was unable to provide answers to the questions in my mind and heart. I had discovered the writings of Francis Schaeffer by this time, so was finding answers but still had not fully grasped the faith as a coherent worldview by which all of life could make sense. In time things would clarify for me, even concerning war and its horrors.

So, I am not a pacifist, but stand instead in what is usually called the just war tradition. The details of that tradition need not detain us here, but I would say that the details are important and I take them seriously. I believe the world is so profoundly fallen that sometimes violence is necessary to constrain injustice and stop wicked people from preying on the powerless. Still, as the name of this tradition implies, not every war or exercise of force is just, and this distinction is important. I love America, but my prior and primary commitment to God’s word and kingdom requires me to evaluate American foreign policy—and especially it’s use of force—in light of the very important criteria of just war ethics.

Which brings me to Zero Dark Thirty. And to our national need to talk.

Or will, when I continue this in a few days.