When despair is realism
Lars von Trier, the Danish filmmaker, has recently been in the news for controversial comments surrounding his film Melancholia that resulted in the directors of the 2011 Cannes Film Festival declaring him persona non grata. In 2000 von Trier’s Dancer in the Dark, starring Icelandic musician Bjork won the Cannes Festival’s highest prize, the Golden Palm (Palme d’Or). Melancholia had been nominated for the Palme d’Or and won the best actress award for Kirsten Dunst in her role as Justine, the troubled woman whose story is central to the plot.
Melancholia is a simple yet devastating story. Imagine that a beautiful blue planet is hurtling towards the earth at a speed so great we can watch the blue sphere grow ever larger in the sky. Imagine that a dysfunctional family gathers to celebrate the wedding of a daughter who has long struggled with bouts of clinical depression. Imagine that in this world the possibility of hope is limited to the findings of science—which mistakenly has issued assurances that no collision is likely. Imagine how this story will unfold when it is clear that despair is nothing less than the most realistic perspective possible. “The earth is evil,” Justine says. “We don’t need to grieve for it. No one will miss it. Life is only on earth, and not for long.” 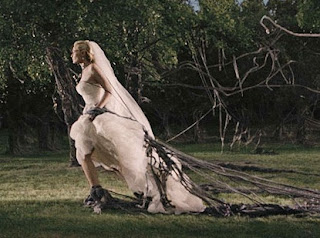 It is insufficient to dismiss von Trier here as simply trying to make a provocative movie. It is true that he has not shied away from making provocative films, as Dogville (2003) and Breaking the Waves (1996) prove. Still, I think more is at stake here. From reports I have read von Trier has suffered bouts of serious depression himself and his childhood is something I would wish on no one, leaving him with phobias that haunt him in adulthood. And he is an artist with his finger posed on the pulse of a world echoing with the triumphant voices of those who claim that facing down the abyss of meaninglessness with no hope that anything lies behind death is somehow significantly courageous. On second thought, that is courageous—futile, but courageous. As the film’s tagline puts it, “It will change everything.”
Not everyone should watch this film—it is a dark story, unrelenting in making us face the reality of death in a world without meaning. Unlike so many films that show the moment of apocalypse with a cacophony of violence so extreme we must avert our eyes, von Trier invites us to watch to the end. Planets of breathtaking beauty meet in the immensity of space and dissolve in a flash of brilliant light. And the three characters we have come to care about sit together, eyes closed, hands clasped, facing the inevitable with signs of love that though real are insufficient to change the ending. 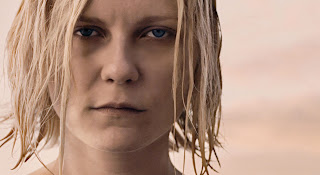 Melancholia is worth watching if you are able to watch dark films. Lars von Trier is a master at his craft, and the film is an example of cinema at its best. Von Trier touches on themes with a brutal honesty we dare not evade if we take seriously the things that matter most.
Taken on its own terms, Melancholia should drive Christians to some serious reflection. Yes, thankfully the resurrection provides us with a hope sufficient for even the threat of death and apocalypse. But how do we express our hope so that it does not seem feeble at a time when science boasts that reality can be explained without reference to God or miracles? How is it possible to appeal to the historic fact of Christ’s resurrection in a way that gives it sufficient philosophical substance as well as imaginative power? And what can we point to in the way we live, day by day, that reveals the animating force of hope to radically shape our thinking, feeling and doing?