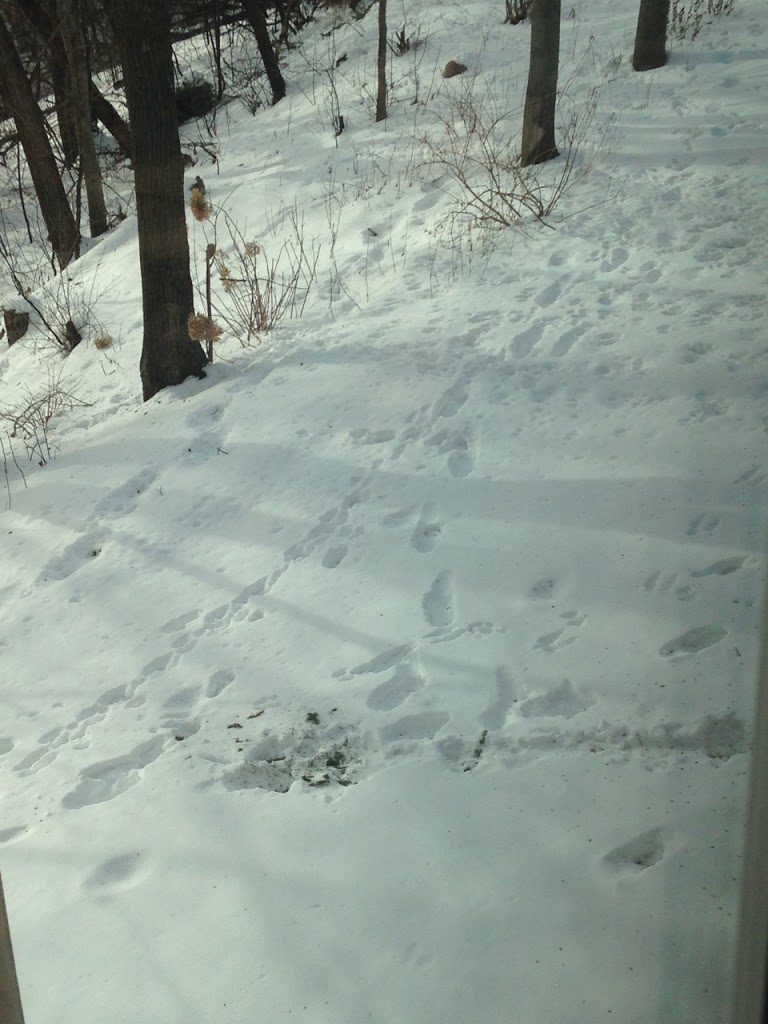 We, I, don’t see normal. I can’t see this other dimension. But there are tracks that lead me to a tiny sliver of what shimmers just beyond my knowing. We live bordering a park. The ravines behind our house are filled with lives we rarely see. As sure as I sit at my desk and look out my windows day after day and only see birds and a few squirrels, another unseen world exists. But let the land and woods surrounding us receive a fresh blanket of snow and suddenly, overnight, it reveals a universe of creatures that track all around us. Deer, raccoon, fox, coyote, owls who leave wingtip patterns in the snow when they capture mice, we are surrounded by life.

When I think of things I can’t see, of what powers, good or evil, exist “out there,” I sometimes recall Elisha, an Old Testament prophet, because he saw into a dimension of reality that surrounds us every day. It’s a reality I rarely think about and can’t remember if I ever saw it except maybe in a dream I once had long ago. That day that is written about may have started out like any other ordinary morning in Israel, but not to the servant who’d arrived on the rooftop minutes before Elisha to see that “an enormous army with horses and chariots had surrounded the city.” (I Kings 6:11) In that day, that amount of military power represented terrifying weapons of destruction aimed against an unarmed population without a rat’s chance in hell of saving themselves. Elisha took one look and with utter confidence in the God who surrounds and protects the lives of his people declared: “Don’t be afraid. Those who are with us are more than those who are with them.” (Really, Elisha?) Then he prayed and his servant’s eyes were opened and what he saw must have been so extreme it had to have beggared belief. He saw the sky and “the hills full of horses and chariots of fire all around.” The air must have shimmered and cracked with their presence, though the servant couldn’t see them at the time, nor can we now.

We, too, look out on the world to see our homes, our livelihoods, our countries, the hills around us bristling with enemies “full of an army and horses and chariots” who bring terrorism and destruction. And if not such graphic, physical destruction to us personally, we look closer to find threats against our hearts, our minds, our families. Those are also real enemies.

I’ll insult you if I push the analogy much further. But here’s the thing: when I am most inclined to despair or cynicism or the thought of “we’ve lost the war,” whatever battle we are fighting, I’m glad to be reminded of, “ You have not come to a mountain… to darkness, gloom and storm … But you have come to Mount Zion, to the city of the living God, the heavenly Jerusalem. You have come to thousands upon thousands of angels in joyful assembly.” (Hebrews 12:18, 22) I’m nearly undone by the thought of them and beg God to take my dull and unbelieving heart to this mountain. Make it snow right now.