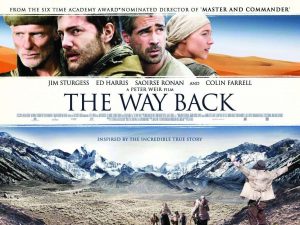 The Cold War is a part of history now, and I can amuse my grandchildren with stories of the air raid drills that occasionally interrupted class in school. The sirens would scream, we would put down our pencils, file out of classrooms, and crouch in the hallway, heads tucked under our arms. The sense of fear was palpable.

I doubt our crouching in the halls would have saved us had the missiles been launched. It wasn’t until much later that I read One Day in the Life of Ivan Denisovich by Alexander Solzhenitsyn and realized the extent of the fear, the terror the Communist regime unleashed for those caught behind the Iron Curtain. The Czars had long used the wastes of Siberia as a dumping ground for criminals and other undesirables. The Communists used updated surveillance techniques with a vastly expanded secret police force until over the years millions of people were shipped off the Gulag where they were used as slave labor. Millions perished in the Siberian cold, the brutal living conditions of the camps, and the harsh cruelty of the prison system.

In 1941, seven men escaped from a Siberian prison camp into the surrounding forest during a blizzard. Three eventually made their way south across to Siberia to Lake Baikal, then across the Mongolian desert and into India. The film, directed by Peter Weir, is based on a memoir of such an escape, though it is doubtful the story is true. Nevertheless we want it to be true, and fictional or not, it is a celebration of human perseverance and dignity in a world of suffering and
oppression.

The Way Back is a flawed film, so that too many details remain unexplained and the tension in
the story, namely their survival, is not always sufficient to propel the story. Ed Harris is believable as Mr. Smith, the lone American in the party, though Colin Farrell as the Russian thug, Valka, was never quite as convincing. Still, it is a good film, and one that uncovers the heart of what it means to be human. The cinematography by Russell Boyd is very strong, and background shots of forest, desert, mountains, and all extremes of weather lend life and plausibility to the enormous struggle to survive that unfolds on the screen. It did not do well at the box office, though I hope those who love film will see it now. Those who love film, and those who love creative expressions of the human spirit, irrepressible and unwilling finally to accept the notion that life is without purpose and hope, even when everything seems to insist that it is.