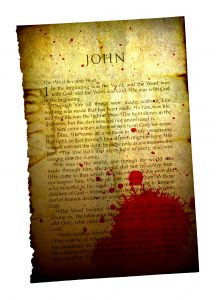 Christians believe in something called the gospel, and if you are a non-Christian you have probably heard the term mentioned. What might be less clear is what that gospel actually consists of.

The word itself, gospel, is derived from an old Germanic term meaning good news. It is the designation given to the first four books in the biblical New Testament, the Gospels of Matthew, Mark, Luke and John. These are four documents dating to the 1st century that tell the good news of Jesus Christ, each written by or under the direction of one of Christ’s original twelve apostles. It is good news, Christians believe, because Christ provides redemption—a healing of the horrible alienation that we experience with God, within ourselves, with others, and with the world in which we live. I don’t have time to defend the notion that the gospel of Christ actually promises such a thing or that there are good and sufficient reasons to believe it is true, but that’s what Christians believe. If you have questions about that, I’d recommend you read Timothy Keller’s book, The Reason for God

Now, here is something that most Christians—at least most Christians that call themselves American evangelicals—don’t know. It’s this: the “gospel” they share with their friends isn’t really the gospel. It’s a condensed version, and the parts that have been left out are the very parts our postmodern world needs to hear and see in order for the gospel to make sense or be believable.

Here is what happened. (OK, I admit, I’m leaving out a lot of details, but the story I relate here is still true.)

The good news or gospel that the Bible tells has four parts: Creation, Fall, Redemption and Restoration. Creation tells us who we are, where we are, how things came to be and something of what God is like. The Fall tells us what went wrong, how death and brokenness crashed God’s good creation, and why the alienation we sense with God, ourselves, each other, and nature has made us lost in the cosmos. Redemption tells the story of God’s solution, his entrance into human history as a man, and how Jesus willingly went through even death (the ultimate alienation) to triumph in life in his resurrection. And Restoration tells us how someday the redemption will be consummated, heaven will begin to work backwards to replace injustice with justice, so that human flourishing in a renewed earth and heaven will be fulfilled. 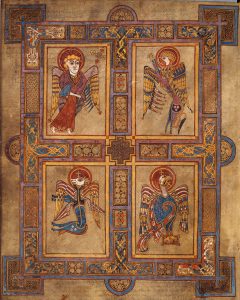 For 2000 years this was understood to be the gospel, the good news worth sharing. Creation revealed answers to big questions and allowed Christians to show how human flourishing flows from what we believe. So for example, during the Black Plague, an evidence of the Fall, when even physicians fled to the countryside, churches remained behind to care for the sick and dying, which was a tiny picture of Redemption. Christians could remain hopeful, even in such desperate periods, because they knew that history was not out of control and someday glory would flood over the earth like water cascading over a massive falls. All four chapters, in other words, were seen as essential to the story, to be shared in how Christians live and speak if the gospel is to be understood and believed.

But then something happened. Two closely related movements arose—Liberalism and Fundamentalism—though the advocates of both rarely see how their movement is related to the other. It occurred this way. As the 18thand 19th centuries unfolded, modern people put their faith in human reason. Give us any problem, modernists said, and we can reduce it down to the basic issues, reason out a solution and move ahead. After all, that’s how science and technology works and look at the progress there. In the church, Liberalism developed as biblical scholars used reason to determine what in the Bible was truth and what was untrue, what modern people could believe and what should be discarded as primitive and old fashioned. In the end, they by and large reduced the 4-chapter gospel down to two: Creation and Restoration. Christianity became a system of morality that could produce social justice and a better world because it provided a vision of what could be and once was. But a lot of other Christians felt that Liberalism left out too much and so they reacted against the trend. What they didn’t realize is that they too were captive to modernism. During the 19th century Second Great Awakening, church leaders like Charles Finney were overwhelmed by the onslaught of ideas coming out of modern science (for example the ideas of Freud and Darwin), and modern art (for example, the work of Manet and Van Gogh). And they believed they too could reasonably reduce the gospel to its essentials. So they dropped Creation (leave art and science to the world that is going to burn up), and made Restoration into a in-house puzzle tied to news headlines (signs of the times to figure out when Jesus would return). To them the gospel to share was merely Fall and Redemption: the problem is you being a guilty sinner, the solution is Christ dying for you on the cross, now pray this prayer and you’ll be saved.

They came to different positions, but Liberalism and Fundamentalism were both products of modernism, and both adopted a gospel that is not the gospel of Jesus Christ as revealed in holy Scripture. The gospel is not just Creation and Restoration, nor is it just Fall and Redemption. The gospel is Creation, Fall, Redemption, and Restoration.

Charlie Peacock, for example, in his book, New Way to be Human, points out that a non-Christian could expect to hear something similar to this today if a Christian witnessed to them:

“All people are sinners who have fallen short of the glory of God. In order to get to heaven and enjoy eternal life, your sins must be forgiven. You can only be forgiven if you confess to God that you are a sinner and receive his free gift of salvation by accepting Jesus Christ as your personal Lord and Savior. Jesus died on the cross for you and took upon himself the just punishment for your sins. He was buried and rose again on the third day. The grave could not hold him. Having conquered sin and death, he ascended to the right hand of the Father where he is now ever ready to intercede for you if you will accept him and receive him as your Lord and Savior.”

Christian are used to critiquing such presentations by asking whether they are true, but Charlie realizes that this is only part of what is at stake. After all, witnessing is not just presenting a set of ideas but introducing someone to a Person. It is not just listing some propositions to which they should give assent, but telling a Story which will provide meaning and shape to the story of their life. So, Charlie asks, is this presentation “a truthful, comprehensive enough controlling story to define the life of someone who professes to be a student-follower of Jesus? The question isn’t whether it is true, but is it the whole truth and nothing but the truth? I don’t think it is.”

I agree. It is not only not the true, whole gospel, the parts left out are precisely the parts necessary to make the gospel convincing and compelling in the society where postmodernity has shaped the perspective of an entire generation. There is a sense then, in which this gospel is an anti-gospel, convincing people who yearn for spirituality and direction that the evangelical gospel of Christ has nothing relevant to say to them.

Some might say at this point that they can produce Christians who came to faith in Christ through this truncated gospel. I don’t dispute that. All it proves, however, is that God is a God of grace calling out a people to himself regardless of the faithfulness of his people. He used Balaam’s ass, too (Numbers 22), but that doesn’t make the incident a model for faithful living.

If you are a Christian, share the true gospel, not the truncated Fall-Redemption formula that was developed by well-meaning folk unfortunately captivated by the spirit and mindset of modernism. If you are a non-Christian, please believe me—you may not have heard the good news of Jesus when some Christian witnessed to you. Sadly, chances are you didn’t. If you would like to hear the biblical gospel, I recommend Timothy Keller’s brief book, The Prodigal God.

Image #1: Image for the four evangelists in the Book of Kells, an illuminated manuscript containing the four New Testament Gospels in Latin created by Celtic monks around 800 ad.