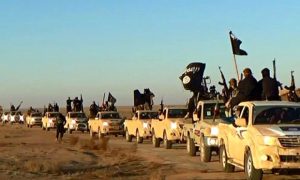 A question often raised concerning ISIS is, “Why in the world would young people in the West would want to join them?” There are, of course, a rash of opinions on the topic, but those of us who want something more substantial than that will need to read and think, and then think some more. I am convinced there is no simple answer but rather a confluence of social and personal pressures, yearnings, attractions, and dislikes that make the choice feel not merely possible but necessary.

To try to comprehend this, we will need to read and think about both the culture of the West and the world of Islamic life and thought, including the version of Islam promoted by jihadists. A careful consideration of both sides of the issue is required. Why are young adults leaving the one to join the other? There is at work forces of both repulsion and attraction.

Perhaps you have already seen these two articles, but I commend them to you as helpful in our attempts to truly understand and respond Christianly to our world.

The first is “What ISIS Really Wants” by Graeme Wood in The Atlantic (March 2015)—it can be read here.

The second is “In Defense of Islam” by Ross Douthat in the New York Times (February 18, 2015)—it can be read here.

And as always, I would love to read your comments about either/both pieces.