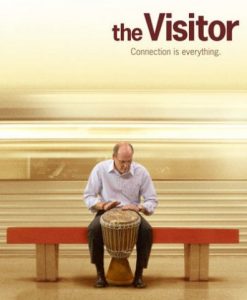 Tom McCarthy has written and directed two films so far, and both are gems. His earlier one is The Station Agent (2003). They are lovingly crafted, with characters that draw us into their stories by revealing something of what it means to be human.

In The Visitor a college professor, played brilliantly by Richard Jenkins, recently widowed and weary of a job that has lost its luster, comes to the city to give a paper he didn’t write at a conference. He and his wife kept an apartment there, but since her death he hasn’t stayed there. Now, when he arrives he is shocked to discover two young adults, both undocumented immigrants, staying there. Though the three have no desire to become friends, something of their shared humanity draws them into a sense of community. Life unfolds in ways they cannot anticipate, none are the same as a result, and their lives are deepened as a result of the friendship that is formed. 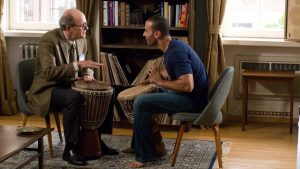 Both McCarthy’s films probe the meaning of humanness, the necessity of community, and the darkness, pain, and injustice that results when people are treated as objects. In The Station Agent the culprit is prejudice against people who are different in some way. In The Visitor it is when people are treated not as persons but as ciphers caught in the cold talons of bureaucracy shaped by the letter of the law.

Good art allows us to see life, truth, beauty, and ourselves with deeper clarity. The Visitor is a delightfully simple film, and very good art.