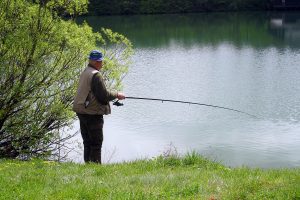 The second Thursday in February Margie and I drove to Rochester to speak at the 2018 L’Abri Conference. I dropped Margie and our luggage off at the front desk of the hotel where we would be staying, and parked our car in the ramp. As I got out of our car, a conference attendee, also getting out of his car, greeted me warmly. We chatted for a few moments in the Minnesota cold. He and his wife have attended frequently in the past and it was good to see them once again.

“So how is retirement treating you?” he asked.

“Yes, we did—from Rochester, where we had lived for 30+ years to Savage, just south of the Twin Cities. But we didn’t retire. Ransom continues as it always has.”

It was his turn to be surprised.

This is not the first time we’ve heard this rumor—that we’ve retired—and perhaps the timing of our move was the impetus to get it circulating.

Still, it’s only a rumor, and untrue.

It’s never been easy to distinguish rumor from fact. We know only in part and our hearts are deceitful, and that’s in the best of times. It’s more than enough for us to inadvertently turn a rumor into a fact, a plausible untruth into the truth. “People trust their eyes above all else,” Zoë Marriott writes in Shadows on the Moon, “but most people see what they wish to see, or what they believe they should see; not what is really there.”

Add into the mix the relentlessly confusing tsunami of opinion, half-truths, tweets, texts, lies, rumors, and news—all purporting to be factual—that wash over us every day, and we can begin to wonder if being people of truth is even possible. “There are many things,” Ralph Waldo Emerson said, “of which a wise man might wish to be ignorant.” That’s far easier said than done in a technologically wired age. I’ve intentionally cut back on social media and I’m still overwhelmed. “In the age of technology,” Criss Jami says in Venus in Arms, “there is constant access to vast amounts of information. The basket overflows; people get overwhelmed; the eye of the storm is not so much what goes on in the world, it is the confusion of how to think, feel, digest, and react to what goes on.”

When so many words proliferate, it is easy to assume that rumors carry little weight and matter little, but the opposite is true. Words matter, and exist with power to bring change. “A voice, a rumor!” the Hebrew prophet Jeremiah wrote. “Behold, it comes!—a great commotion! It will make the towns of Judah desolate, a haunt of jackals.”

I have no idea if the rumor of our retirement has made any practical difference. I would be heartsick if it has decreased prayer on our behalf, because we cannot afford that. I know that giving to Ransom has decreased since we moved to Savage, but that’s a correlation, not proof of a cause. We have wanted to keep publishing Critique and Letters from The House Between in paper form, a costly choice that we will not be able to maintain if giving does not return this year to more normal levels. Still, I would be the first to insist this may have nothing to do with rumors and everything to do with God using the generosity of his people to communicate his will to us.

The only obvious thing in all of this, it seems to me, is the need for humility. Humility in expressing what I believe to be true, humility in asking questions and acknowledging when I don’t know, humility in a willingness to admit when I’m mistaken, humility in wanting not just truth but wisdom. “Get Wisdom;” the ancient teacher recommends. “Do not forsake her, and she will keep you; love her, and she will guard you.”