Have Smartphones and iPhones destroyed a generation of teenagers? asks a recent article in The Atlantic written by Jean Twenge. The piece that appeared in the most recent issue of The Atlantic is informative and disturbing because there is now real evidence that connects an increase in depression, mental health breakdown, and teenage suicide to the over-use of iPhones and Smart phones. The evidence touches each of us personally for who is able to live without them in this age whether teenager or adult? Even most schools now require the use of iPads and computers with online access in order to complete homework. In these very days we are watching the struggles parents and our adult children face over controlling the use of media time for their children, our grandchildren. We deeply sympathize with their efforts to keep a healthy balance. The answer can’t be complete banishment, can it? But what is the solution? I fear I have no definitive answer. 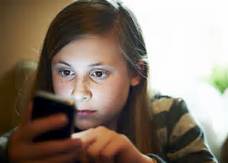 My Confession
But let me begin more considerations with a confession. Me, a grandmother who should be older and wiser – has not been immune to my iPhone’s power to tempt me into wasted hours spent in front of its screen, so I’m not planning to picking the speck out of your eye while denying the log in my own. I don’t like to think my problem was/is an idolatrous relationship with a 2.5 by 5.5 inch piece of plastic and pictures. In fact, I detest the thought that I could be hi-jacked, controlled, enslaved to this little electronic device. But I was. Am? I love games and there they all are, easy as pie and FREE, ready for me to play all night long while I lie in bed plagued with insomnia. I’ve taken measures (a bit ashamed here) to control what my brain thinks is crack. It wasn’t easy to delete all those apps, but with confession and prayers, I’ve put many of them on lockdown. But if this is true for me, how much more for this generation who has never known life without screens? 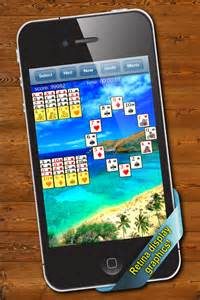 Unhappiness Linked to Screentime
Admitting this gives me plenty of empathy for this young generation who finds online offers of meaning and love and friendship and humor and knowledge all positive without discerning how much of their hearts, minds and even their bodies have been captured by an alternative universe that is without pity breaking down their health and well-being. Twenge reports that surveys show “Teens who spend more time than average on screen activities are more likely to be unhappy, and those who spend more time than average on nonscreen activities are more likely to be happy. There’s not a single exception.” “Eighth-graders who spend 10 or more hours a week on social media are 56 percent more likely to say they’re unhappy than those who devote less time to social media.” Twenge goes on to say “Admittedly 10 hours a week is a lot.”
Really?! Ten?! Is that all? Two young persons I know and love spend far more than ten hours. They probably log at least 50 hours a week; so what will be their fate? One of them, for certain, is unable to keep friendships, find work, carry on a face to face conversation for any length of time, and who complains of suicidal thoughts, exhaustion, tidal unhappiness … it is heartbreaking to watch.
We Christians often react with alarm and frantic measures in an effort staunch the effects of whatever current threat appears in our culture. We turn to making laws we hope protect our selves and our children. We stockpile and hide and withdraw. However, if you step back, this Smartphone crisis is merely one threat in hundreds that God’s people have faced throughout history. and it shouldn’t be met with despair or seen as impossible to face. It might sound absurd but can you imagine God looking down right now, clapping his hand to his forehead and declaring, This is crazy out of my control! I never imagined this would happen! We are all screwed. 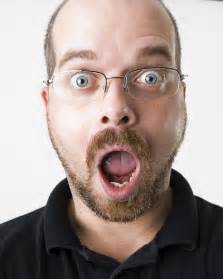 Calm Down
First, it helps to remind ourselves there is nowhere in life that is outside God’s power to reach into and redeem his people. Nowhere. Not in the lion’s den, Auwchsitz, a refugee camp in Kenya, an island in the Caribbean struck by a hurricane or even a public school in Minnesota. As far back as recorded history there have been times when the life and livelihoods of Christians have been in danger. Yet we take heart. We remember God told Jeremiah: “I am the Lord, the God of all mankind. Is anything too hard for me?” (Jer. 32:27) “He (the righteous man) will have no fear of bad news; his heart is steadfast, trusting in the Lord.” (Ps. 112:7)  Then in Romans, “I am convinced that neither death nor life, neither angels nor demons, neither the present nor the future, nor any powers, neither height nor depth, nor anything else in all creation, will be able to separate us from the love of God that is in Christ Jesus our Lord.” (Rom. 8:38) This should rescue us from all kinds of panic and at least give us some time to think.
So. I haven’t offered any concrete measures because I don’t know what they should be. But there are people out there who, I’m confident, will come up with creative help and encouragement for all of us. God will not abandon this generation. Ever.
Tags: ordinary lifeparentingtechnology
15 565 Views