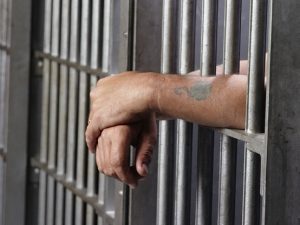 In a report published in Harper’s (January 2016, p. 53-62), “The Ultimate Terrorist Factory: Are French prisons incubating extremism?” journalist Scott Sayare tells how Islamic extremists spread extremism while imprisoned. The article is worth reading and raises important questions the West needs to face about how prisoners who espouse dangerous ideologies should be treated within the justice system. It is not a problem with easy solutions.

But that is for another time. As I read Sayare’s article a sentence stood out to me, a sentence in which he tried to capture the notion that these individuals are deeply committed. So committed, in fact, they are willing to give their lives for the cause. Sayare wrote of them having “an attraction to the stark aesthetic of uncompromising devotion” (p. 53).
I pondered Sayare’s prose, and as I did questions came to mind.

4. Is there an aesthetic to uncompromising devotion? Though this description might be new to us, it is not without some merit. In an age when people walk away from contracts, from marriages, from jobs, from promises, and from churches simply because they have found something better, uncompromising devotion has a certain beauty and attractiveness to it worth considering.

5. A prayer of commitment and devotion much beloved by Christians was found in missionary Betty Stam’s Bible after she was martyred for her faith:

Sovereign Lord, I give up all my own plans and purposes, all my own desires and hopes and accept Thy will for my life. I give myself, my life, my all, utterly to Thee to be Thine forever. Fill me with Thy Holy Spirit, use me as Thou wilt, send me where Thou wilt, work out Thy whole will in my life at any cost, now and forever. Amen.

Might a non-Christian be concerned about this prayer? What would you say to them when they raise their concerns? Since, to name only a few examples, the Crusades, Southern slavery, and the slaughter and forced migration of Native Americans were all done with the eager approval of Christian leaders and theologians, why are Christians beyond suspicion in what their devotion to their faith might include? Since the Bible is full of God-approved violence, is it not as potentially dangerous as the Qur’an?

6. How should Christians speak of their commitment to Christ, to the kingdom of God and to the scriptures in an increasingly pluralistic culture in which many people find Christian faith to be unattractive and implausible?

7. Should we admire Islamic extremists for their uncompromising devotion while being critical of that to which they are committed? How can we express our position on this so we can be clearly understood—by fellow Christians, by Muslims, by secularists?

8. The argument can be made that nominal religion can be a social good—providing inspiration, a sense of community, and the encouragement of virtue—while uncompromising devotion to a faith is dangerous because it discourages the free exploration of ideas, encourages blind acceptance of things on the basis of authority, and permits believers to adopt positions that a more open mind would find objectionable. Discuss.