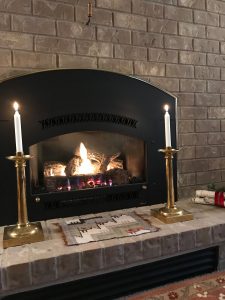 One. He insisted if I was a girl I be named after her. Interesting, isn’t it? Boys are frequently named after the father and are known as Junior the rest of their lives. But for a girl to be named after her mother? Rarely. And what is that girl called? not “Junior” for sure. But there I was a newborn, named Margie Lou Sorenson according to my father’s wish. The only difference being her name is spelled with a “jor” and mine with a “g” – an attempt to reduce legal confusion.

I have always wished I had known my father. Hardly a week goes by when I don’t think about him and wonder what he was like. He was killed in a plane crash a few months after he and my mother were married. He must have loved her deeply. There are at least two reasons why I think this.

Two. On the day he died a friend – a student pilot – landed a small plane in a field near their house.  He was a man he had known since the end of WWII.  He knew of the harrowing flights my father took over Japan and that he never wanted to fly again. Instead, he offered to take my mother for – what do you call a short plane ride? A spin? I don’t think so. My father was alarmed. It is illegal to fly any passengers when you don’t have a license. His response: “No! Not until I check you out first.” They never came back.

I would love to know he is safely in the arms of Jesus. Perhaps he is. The only thing he ever said to my mother about God is the often repeated phrase of men who survive combat: “There are no atheists in the fox hole.”

Last summer I received a package in the mail. When I opened it there were two brass candle sticks with the inscription: In Loving Memory of Keith Sorenson. I didn’t know that since the year he died they sat on the altar of his parents’ local Congregational Church. This past year the tiny church closed its doors and my aunt and uncle sent them to me. Now they sit on either side of our fireplace reminding me of a man I hope is in heaven. Which makes me wistful how much of life requires us to live with the unknown, the mysterious, with things forgotten or lost, with the unresolved. What makes a difference for me is the comfort of this – that however long or short our days, for those of us who believe … from everlasting to everlasting the Lord’s love is with those who fear him, and his righteousness with their children’s children – with those who keep his covenant and remember to obey his precepts. (Psalm 103:17.)