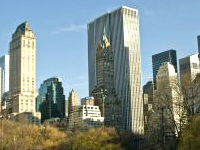 Dick Lucas, rector of St. Helen’s Church (London), says that one question worth asking as we read the Scriptures is, “What is surprising in this text? What is counterintuitive? Is anything unexpected or startling?”

That has often come to mind as I’ve pondered the passages which tell the story of the Old Testament people of God during their exile in Babylon. In his letter to the exiles, for example, Jeremiah tells them that they will need to be discerning (Jeremiah 29:8-9). That is hardly surprising, of course, since they were in Babylon, a land of idolatry, superstition, and paganism. What is surprising, however, is that the prophet never mentions needing to be discerning about the Babylonians and their beliefs or values. Rather, he warns them in no uncertain terms of their need to be discerning about what some of their own leaders and prophets are teaching.

Why warn them about their own spiritual leaders instead of the Babylonians? Would not the pagan beliefs, values, and lifestyles of their captors constitute a far greater danger to true spirituality than the errors of their own prophets?

I have no particular insight into the minds and hearts of the Jewish exiles in ancient Babylon. As I’ve thought about this text in terms of living in our post-Christian culture, however, Jeremiah’s letter strikes me as exactly correct. We tend to feel uneasy in our postmodern Babylon, and the culture is full of signs of cynicism, meaninglessness, neo-paganism, and unbelief. Even so-called “family entertainment” in Babylon often falls short of the equivalent in Jerusalem. Of course we need to be discerning in Babylon. No need for Jeremiah to state the obvious.

If you’ve heard us speak or read our stuff, you know that we at Ransom think most of the “discerning” that occurs is actually nothing more than “reacting”—but that’s a different topic. My point here is simply that regardless of whether we accommodate to the culture or withdraw from it, or engage it with discernment, most Christians are uneasy enough in Babylon to realize that some sort of challenge to their faith exists.

But each of us have favorite spiritual leaders. Thinkers and activists whose work has blessed us, whose ideas have been formative in our pilgrimage, or whose program (or whatever) has shaped our life and priorities. Being told that we need to be discerning about them, especially when we’re surrounded by non-Christians is hardly the news we want to hear. Having questions raised about their work and ideas and programs can feel almost rude. Like an unwanted and unneeded interruption in an already busy life.

It’s interesting, for example, to hear the various responses that greet some of the topics we address in Critique. We’ve published reviews of Eminem, Nine Inch Nails, and edgy movies like Magnolia and Closer. Rarely do such reviews provoke the comment, “People aren’t going to like this.” I do hear that comment, however, if we publish anything that raises questions about the ideas of some pundit or spokesperson in the Christian community.

That’s not all bad, of course. We need to be careful in what we publish. There is too much strident prose in Christian publications, too much cynicism. And we might be mistaken.

It is troubling, however, when Christians act as though raising such questions is somehow illegitimate. Or when they refuse to address the specific issues or questions we raised.

Does it mean they believe that discernment applies only to Babylon? I doubt that. Does it mean that the respondents agree with the errors being taught or consider them insignificant? Perhaps.

I suspect, though, there is another explanation. That in the press of busyness that bears down unrelentingly upon us, we yearn for a place in which we can relax and let down our guard a bit. Discernment can seem wearisome when we’re tired, and we’re tired a lot. Discernment is hard work. So we let down our guard within the Christian community—especially with spiritual leaders whose work has blessed us, whose ideas have been helpful, whose program (or whatever) we’ve bought into, or who is generally accepted as having something to say.

After all, don’t we have enough problems in Babylon without someone raising questions about people we admire, ideas we like, and programs that seem to work–or at least don’t offend fellow believers who find a lot offensive about Babylonians?