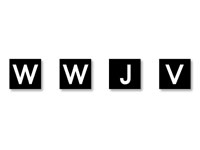 Surveys reveal there is apparently a marked disparity between the number of people—especially among males—who claim to believe in Christianity and the number who are willing to attend church. “More than 90 percent of American men believe in God,” Gary Yagel says, “and five out of six call themselves Christians. But only two out of six attend church on a given Sunday. The average man believes in the reality of Jesus Christ but does not see enough value in church to be there. Almost every man in America has tried church, but two-thirds find it unworthy of two hours a week.” The question worth reflecting on, of course, is why.

One possible answer is that it’s simply an issue of gender, and would be true regardless of the religious faith involved. But that doesn’t turn out to be true. The disparity between the Christians sexes in church attendance is not shown in Buddhist, Jewish, or Hindu communities. And in Islam males appear to positively relish their involvement in their religion, showing sustained commitment to attending mosque regularly.

One study suggests that part of the answer is due to conflicting values. In this study people—both Christians and non-Christians—were shown two lists. “Which set of values,” the researcher asked, the left set or the right set, “better characterizes Jesus Christ and his true followers?” Here are the two sets of values that respondents were asked to choose between:

Note: For the sake of this discernment exercise, you might want to pause and make your own choice between the two sets of values before continuing reading.

David Murrow, the researcher in the study comparing the two sets of values, reports that more than 95% of those asked chose the right set as the values most characteristic of Christ and the church. Yagel continues, “Murrow then reveals that he took these two lists of virtues from the book, Men are From Mars, Women are From Venus, by John Gray. The right set includes the feminine values of Venus, while the left set includes the masculine values of Mars. Today’s church, according to Murrow’s study, exalts predominantly feminine values; no wonder it is repelling men.”

It’s worth noting, Yagel says, that when the explorer Ernest Shackleton needed men for his epic journey across Antarctica, he posted this advertisement in England:

All this brings to mind the 1981 film, Chariots of Fire. It tells the story of two men who competed in the 1924 Olympic games. Harold Abrahams, a secular Jew, saw winning as a way to justify his existence. The other, Eric Liddell, a devout Christian Scot ran to “feel God’s pleasure.” Liddell was part of a movement within Victorian evangelical faith that was known as “muscular Christianity.” It saw faith as a commitment to vigorous activism, involvement in missions, and a willingness to live for Christ regardless of the cost. True to form, Liddell later died in an internment camp when Japan invaded China.

Apparently such muscular Christianity is not on offer in today’s Western churches. All of which raises some interesting questions for discerning Christians.

1. Have you noticed that women are more attracted to the Christian church (or to Christian faith) than men seem to be? Are there some age, socio-economic, or ethnic categories in which this trend is more evident?

2. When you first saw the two lists of values, the Left Set and the Right Set, how did you answer the question, “Which set of values better characterizes Jesus Christ and his true followers?” When you examine the two lists with greater care and in more detail, do you still come to the same conclusion? Why or why not? What list of values would you propose that should characterize Jesus Christ and his followers?

4. “The church of the first century was a magnet to men,” Yagel says. “Jesus’ strong leadership, blunt honesty, bold action, and fearless confrontation mesmerized them.” Does the biblical witness—in the Gospels and Acts—seem to confirm this? Why or why not?

5. “Men learn best,” Yagel argues, “by observing the lives of other men. Jesus’ invitation, ‘Follow me,’ is masculine language. But in today’s church the invitation seems to be, ‘Come into this auditorium, sit for an hour, and I will give you a lecture.’ That has far less appeal to men—and the shortages in our pews proves it.” Do you agree that mentoring, rather than a series of lectures, is more appealing to men as a preferred or more attractive method of learning?

6. In the Victorian period in England (as depicted in Eric Liddell’s story in Chariots of Fire) the ideal was called “muscular Christianity.” It combined physical prowess and spiritual maturity in a faith that was considered manly in its deep commitment, and fearless in giving one’s life to some form of Christian activism (such as the worldwide mission of the church). Does the term, “muscular Christianity” sound attractive to 21st century ears? Why or why not?

7. For much of church history, the heroes of the Christian church were its martyrs, who gave their lives for the gospel. Their memories were honored and their stories were told to fire the imagination of each generation and to set them as a standard for Christian faithfulness. Has the evangelical church today continued this practice? Do you think it should? Why or why not?

8. Many young women complain that the Christian men they know tend to be unimpressive, hesitant to make a commitment or to take risks, relatively immature, and easily intimidated by intelligent active women. Do you think the complaint is valid? Why or why not? Is this related to the broader question we have been considering?

9. If you could tell the leadership of your church one thing as a result of this exercise, what would it be? What Scriptures would you reference?

“Caution: Check your Manhood at the Church Door” by Gary Yagel in ByFaith (Winter 2008) pp. 20-22, a copy of which can be found online (https://byfaithonline.com/).