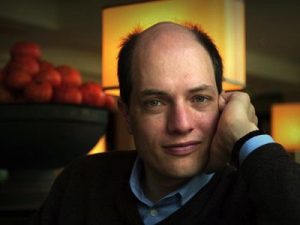 In his thoughtful and intriguing Religion for Atheists, Alain de Botton argues that the libertarian fear of a paternal State can have unfortunate consequences. It would be considered unforgiveable, in this perspective if billboards, supported by tax revenues, exhorted citizens to excel in some virtue or as reminders to be kind or forgiving or slow to anger. It is not that the public spaces must be kept strictly neutral—witness the myriad consumerist ads with their implicit spiritual values—but that authoritarian voices seeking to mold character are seen as unfortunate relics of a by-gone era when church and state were not separated enough. Today the social ideal is personal liberty free from dogma or propaganda. De Botton suggests this may not reflect a clear-headed understanding of our true state of affairs.

The true risks to our chances of flourishing are different from those conceived of by libertarians. A lack of freedom is no longer, in most developed societies, the problem. Our downfall lies in our inability to make the most of the freedom that our ancestors painfully secured for us over three centuries. We have grown sick from being left to do as we please without sufficient wisdom to exploit our liberty. It is not primarily the case that we find ourselves at the mercy of paternalistic authorities whose claims we resent and want to be free of. The danger runs in an opposite direction: we face temptations which we revile in those interludes when we can attain a sufficient distance from them, but which we lack any encouragement to resist, much to our eventual self-disgust and disappointment. The mature sides of us watch in despair as the infantile aspects of us trample upon our more elevated principles and ignore what we most fervently revere. Our deepest wish may be that someone would come along and save us from ourselves. [p. 77]

De Botton notes that religion, unlike secular society, feels free to paternalistically remind believers of their duty to nourish forgiveness, graciousness, civility, and other values that though universally idealized remain notoriously difficult to cultivate. Being reminded of such things is not, he insists, contrary to true liberty, and he proposes that our public spaces begin to include creatively conceived messages to that end. That is what he means by his final sentence in which he identifies the human yearning to be saved from our darker natures.

As a Christian I inhabit a world in which the reminders to virtue and against vice are part of my surroundings. In church we review the moral precepts of Scripture, bow in a time of confession, and are reminded of the multifaceted beauty of love with which our lives should be adorned. It is a regular part of our liturgy, weekly, and I would have it no other way. In the front of the sanctuary banners commissioned from textile artists reinforce in symbol what the liturgy leads us to repeat in words. My experience is that the reminders, though useful and important, are in themselves insufficient. I am not alone: Augustine concurs, as his Confessions makes clear.

The truth is that reminders for virtue and against vice can become an inexorable burden if not accompanied by someone who will actually save us from ourselves. This is the grace the Christian experiences, we believe, through Jesus’ life, death and resurrection, a mystical reality that comes from our spiritual union with Christ. Believe this is true and gratitude transforms the reminders from burden to refreshment.