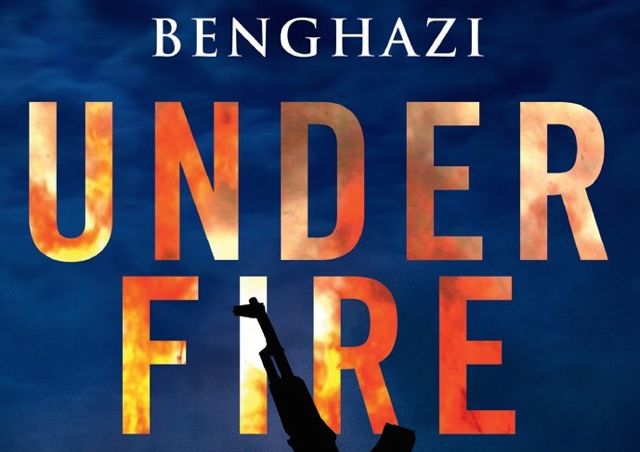 The View on the Ground
The world remains a troubled, and troubling place. Wars have proliferated into seemingly never ending skirmishes in numerous places around the globe, and the process of globalization means the West will be party to them even if we believe we are a force for goodness and freedom in a world torn apart by intolerance, greed, religious, nationalist and ethnic fervor, and old grievances. Too much is at stake for us to remain aloof, whether what is at stake is oil, or international terrorism, or human dignity. Most of the time I hear of all this in three forms: brief videos or photos that capture single decontextualized moments in the larger conflict, news stories that try to give some impression of what is happening, and horrific statistics of numbers killed, displaced, or maimed.

One perspective that is difficult to achieve is the view on the ground, the way things look as events unfold not to policy makers, or military commanders, or media correspondents but to the individuals taking part in the action. I sometimes assume I can imagine that perspective, but that is an illusion. Once the conflict is underway, decisions must be made not with careful reflection but in the moment, and all the moments during armed conflict are fiercely unforgiving. Hesitate to shoot, and you might be shot, but pulling the trigger might result in some tragedy far beyond the death of the enemy combatant who has you in his sites. Brokenness is far messier than we usually admit, and armed conflict is the messiest of all. This does not mean we give up on trying to understand, but it does mean our conclusions should reflect a measure of nuance that is far deeper than what we hear from pundits, talk show hosts, culture warriors, and partisan political debates.

Trying to gain some sense of the view on the ground—though it will always remain badly incomplete—can help in this process. Here are two books that help provide that.

Under Fire: The Untold Story of the Attack in Benghazi (Fred Burton & Samuel Katz, 2013)
On September 11, 2012, armed men stormed the American diplomatic mission compound in Benghazi, Libya. When the attack was over at dawn the next day, the American ambassador to Libya, Christopher Stevens, the Information Officer, Sean Smith, and two CIA agents, Tyrone Woods and Glen Doherty were dead. Several of the Diplomatic Security (DS) agents, whose task is to provide protection for the Ambassador (and other diplomats) were badly injured, and all were exhausted and dispirited over the fact that on their watch such a tragedy unfolded. Under Fire is their story, told from the perspective of the DS agents on the ground in Benghazi.

One of the authors of Under Fire, Fred Burton, is a former State Department counterterrorism deputy chief and DS agent. The other, Samuel Katz, is an expert on Middle East security and international terrorism.

The linchpin of America’s ability to lead the world, from around the world, even in locations and war zones where the intelligence community drives the diplomatic engine, is the courage, dedication, and sacrifice of the men and women of the Diplomatic Security Service who find themselves in harm’s way, driving a follow car or maintaining security programs at fortresslike embassies, and those that are not fortresses, in locations that few Americans would be able to locate on a map. American diplomatic interests—and the realities of day-to-day expeditionary diplomacy—could never be protected if this intrepid force of federal agents were not on post and on guard. The true story of the Benghazi attack is not one of failure or cover-up. The true story of Benghazi is that men and women volunteer to place themselves between a bullet or a bomb and America’s diplomats and interests inside the crosshairs, inside the most dangerous and volatile locations in the world. [p. 264]

Under Fire is not all you will need to read about the Benghazi attack. Numerous hearings have been held and reports issued in an attempt to discover what happened and why, and who, if anyone is to blame. Some of this involves an honest effort to find the truth, while much is little more than partisan posturing. Under Fire does not try to sort all that out, but rather tells the story of what the attack was like for the DS agents on the ground that had a tough, unenviable, if not utterly impossible job to do in Benghazi, and put their lives on the line attempting to fulfill it. It is easy, in discussions of Benghazi and similar events and places, for some of the players to fade into invisibility in the background. That must not happen, not because these DS agents are Americans but because they are created in the image of God.

The Good Soldiers (David Finkel, 2009)
In 2007-2008 a battalion of Army Rangers were sent to Iraq as part of President Bush’s strategy (“the surge”) of increasing the number of American forces in that country. Over a period of 15 months the 2-16 Battalion waited ready to dive for cover when rockets or mortar shells were lobbed into their base, went out on patrol into urban areas where the enemy, indistinguishable from ordinary civilians, prepared hidden traps designed to kill and maim, and kept one another steady in their determination to make a difference in the war. For 8 of those 15 months, Washington Post reporter David Finkel was embedded with the 2-16, living with the soldiers, going with them on missions, and promising to tell their story. “From the beginning,” Finkel says, “I explained to them that my intent was to document their corner of the war, without agenda.” The Good Soldier is Finkel’s attempt to fulfill that promise. Fourteen soldiers of the 2-16 did not return alive, and many more returned to civilian life badly broken in body and soul. And in the background Iraq remains in the news, torn by continuing armed conflict.

It happened soon after sunrise on a quiet Sunday morning and shook every building on the FOB [Forward Operating Base]. Doors bowed from the concussion. Windows broke and blew out. It wasn’t the usual rocket or mortar, but something louder and scarier. There’d been no siren, no warning at all, just a sudden explosion that felt like the end of the world had arrived, and before anyone had a chance to do anything, such as run for a bunker or crawl under a bed, there was a second explosion, and a third.

The day of the lob bombs, this would be called. Soldiers counted fifteen explosions in all, although some may have been mixed in with the roars of missiles being fired from Apache gunships or their own racing hearts. Whatever the true number, the explosions went on for twenty minutes, and only as calm returned did the audacity of what had just happened become clear.

There had been two long dump trucks. They had pulled off Route Pluto across from the FOB, into a dirt area beyond which was a cement factory. Each was carrying a load of thousands of brightly colored bags of chicken-flavored potato chips that had been manufactured in Syria, but hidden beneath were propane tanks on launching rails, which became visible only as the backs of the trucks rose and the bags of potato chips fell away.

These tanks were the bombs. Each had been packed with ball bearings and explosives. A 107-millimeter rocket booster attached to the bottom was just strong enough to lob a tank over the high wall surrounding the FOB, at which point it turned nose down and plummeted onto its detonator, exploding with the noise and force of a five-hundred-pound bomb and spraying shrapnel and ball bearings in every direction for hundreds of yards. One after another, the bombs exploded in terrifying succession, until the two launching trucks were finally destroyed by Hellfire missiles, and when the wreckage had cooled enough to be searched, soldiers discovered an inscription on one of the trucks that read, when translated: “A statement from the Holy Koran. Victory is coming from God, and the entire triumph is near.” Other statements had been left, too, in the form of text messages on cell phones. “Little Hiroshima is going to happen to you,” was one. “How was your morning now? Surprises are coming.”

This was the very first use in Iraq of a weapon that would eventually spread across much of Baghdad and be described by the military as ‘the greatest threat right now that we face” because of its capacity to kill “scores of soldiers” at once. If there was any good news to this first attack, it was that no one was seriously injured. But the damage to the FOB was significant, perhaps in the millions of dollars, and after the attack ended, Kauzlarich went to survey the extent of it, eventually arriving at a collapsed trailer outside of which stood Jeffrey Sauer.

The trailer had been his. He had been inside, waking up, when the lob bombs began landing nearby. Blast walls surrounding the trailer had stopped the shrapnel, but concussions caved in the roof and walls, and as the trailer came down he covered his head and waited to die. Explosion after explosion—this time Sauer heard them all. Finally, he crawled outside into a smoking landscape of broken buildings and vehicles, and when Kauzlarich arrived, he was standing with a dazed expression, staring at something crawling across the ground.

“See that bug?” he said to Kauzlarich.
Kauzlarich nodded.
“A week ago, I would have crushed it. But it’s Sunday, and I almost got my ass waxed, so I’m gonna let it live,” he said, and as he continued to watch the bug, Kauzlarich continued to watch the face of a man soon would be going home. [175-176] What happens to soldiers on the front line is always horrible. For those of us who have never been there, it is also unimaginable. The horror of the front lines is not necessarily reason not to go to war in a just cause, but it is sufficient reason to care for the soldiers who were there, regardless of the cost.

The Good Soldiers allows us to come along through the long stretches of boredom and brief periods of intense terror that occupied the days of the 2-16 Battalion in Iraq. We not only learn what they did and talked about, but how being there changed them forever, even if they were one of the fortunate ones that were missed by the bullets and shrapnel and crushing explosions.