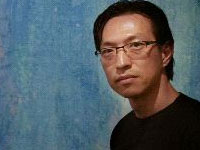 Speaking at the 2009 Christians in the Visual Arts (CIVA) conference allowed me to attend some fascinating presentations. New York artist Makoto Fujimura, for example, talked about how artists need to see failure correctly. Failure isn’t always a bad thing, he said. Often it’s the best way to learn, it’s necessary for growth, and since we have a God given yearning to achieve and participate in a level of perfection impossible for finite and fallen creatures it turns out to be the story of our lives.

Makoto was not referring to moral failure. He was referring to the chance to experiment, to try new things, to push into new areas. As he spoke I thought about how this doesn’t just apply to artists. Being given the freedom to fail is a precious gift of grace we all need.

I’ve noticed that a few people seem to know their life’s calling from childhood. It’s as if they were made for one thing. Others discover their calling when some event or force narrows their focus in an unexpected way. Others stumble upon opportunities they couldn’t have predicted but find fulfilling. And some seem unsure of having any calling or clear direction at all, and need the chance to experiment, to explore possibilities to see what fits them best. Their pilgrimage, as legitimate as the others, can take years.

It’s the same for uncovering one’s creativity. Some people seem to instinctively know their penchant to be creative. But others need untold number of opportunities to find theirs. Finding their way through life takes time and a chance to try various options. In such a world, providing a safe place for such failure is a necessary aspect of Christian faithfulness.

Our world esteems productivity, rewards decisiveness, and dislikes inefficiency. Which is good when you are making widgets, or an engineer, or a manager, or a physician. In the rest of life, however, these modernist values merely decrease human flourishing by demanding conformity when diversity is what God called into being.

“I have not failed,” scientist and inventor Thomas Edison once said. “I’ve just found 10,000 ways that won’t work.”

Tim Keller says that the God of Scripture is prodigal. The word doesn’t mean “wayward,” but “recklessly extravagant, spendthrift, having spent everything until there is nothing left to give.” And since God has been so prodigal with us, we can be prodigal with others.

I want my home to be known as a hospitable place where failures can safely fail some more. Where people can laugh together, help each other learn and grow, and cheer one another on to the next failure. I want it to be, quite simply, a place where the free exploration of creativity and meaning and vocation and calling can be safely nourished and encouraged by prodigal grace.