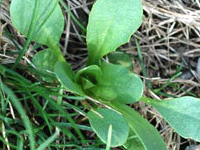 In August, as Russian forces rolled into Georgia, I watched images of carnage from South Ossetia—a place I had never heard of, and perhaps would never have heard of, except for the tanks. The U.S. blames Russia for violating the sovereignty of Georgia and its democratically elected government. Russia retorts that the U.S. ignores South Ossetia’s desire for independence, something Georgia has refused to allow even though Georgia does not share a common language and culture with South Ossetia.

In the process, soldiers die, villages are devastated, thousands flee as refugees, and civilians are killed, sometimes caught in the crossfire of battle and sometimes, if reports are to be believed, intentionally.

While the battle in South Ossetia unfolded on my computer screen, I discovered I had problems as well, two problems, actually. The first is that weeds have begun growing inside (!) my garage, one vine winding over my snow blower. It was the first time I felt personally confronted—as in, in your face—by a stupid weed. The second problem is that the last issue of this publication, though it went through multiple copy edits by some normally very careful people—including me—still had two typos on the cover. Two. Typos. On. The. Cover.

If you find more typos inside, do not let me know. I do not want to know.

What I want to know is why my problems are so insignificant. I don’t deserve it. If anything my reaction to my problems probably qualify me for something far worse. But still the unfairness persists. Nine time zones ahead of where I sit typing this, the corpses of children rot in shallow graves while I feel plagued by a weed and two typos.

If I were not convinced that God is good, I would despair.