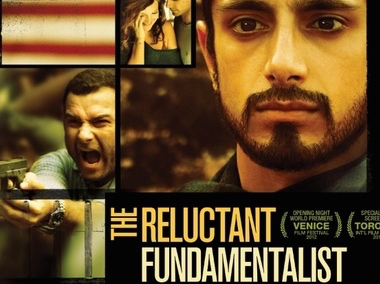 In our globalized and pluralistic world, opposing views of life and reality can collide, resulting in distrust, and even, sadly, violence. How I see my neighbor is not insignificant, and has ripple effects that flow out in all sorts of ways, for blessing and for curse. And my view of them is shaped in part by their view of things or my perception of their view, which is of course always partial and incomplete even in the best of circumstances.

Whether we are aware of it or not our view of things flows out of fundamental ideas and values that we accept as right and obvious. A capitalist on Wall Street assumes that in business the bottom line is a good return for the shareholders, regardless of how many workers need to be fired in the process. A CIA operative assumes that rescuing a kidnapped agent is so obviously necessary that threatening the innocent family of an informant is a necessary if unfortunate part of the cost of conducting espionage in a dangerous world. A terrorist assumes that since the oppressors of his people cannot be repulsed by military force, only acts of random violence will drive them away. 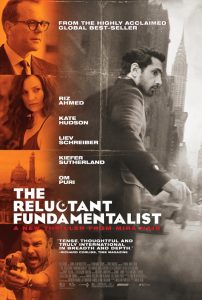 Things get complicated—and potentially dangerous—when people must make life changing choices based not merely on their own fundamental convictions but also on what they perceive as another person’s view of things. We watch our neighbor, conclude what their views must be, and then act, forgetting or ignoring that what we have seen of them may be only a part of their story. In little ways all of us indwell this reality in our neighborhoods, our workplace, and in the public square. We dislike someone for their political views even though we’ve never talked with them about it, or think our Eastern Orthodox workmate must not be a true believer because they venerate icons. The list could go on.

In the world of terrorism and espionage, however, the results can be fatal, for individuals, for families, for communities and potentially for entire nations. This is the story explored by The Reluctant Fundamentalist.

I use the word explored intentionally—The Reluctant Fundamentalist doesn’t simply tell this story, it explores it. The film is designed to allow us watch a story unfold, but from the point of view of several characters. Director Mira Nair constructs her film in a way that does not allow us to sit back passively and allow the story to simply be told. Instead, she uses several creative cinematic techniques to keep us wondering: partial scenes for which we are given more detail later in flashbacks, multiple subplots unpacked simultaneously, and allowing the film to display differing—even opposing—perspectives of the same thing by different characters. Nair draws us into the story, plays with our imagination and requires us to commit ourselves, producing a spy thriller that is both satisfying and unsettling.

The Reluctant Fundamentalist is satisfying because it is a story that engages us, and because it provides a deeper glimpse of the human condition that lies behind the headlines in the news. It is unsettling because it forces us to face our own frailty in how we view our neighbor, and reminds us that reality is never neat and tidy, but messy and broken.

The Reluctant Fundamentalist may not be remembered as one of the great films of all time, but those who take the time to fulfill its demand to be discussed will be better for it.

1. What was your initial or immediate reaction to the film? Why do you think you reacted that way? 2. Consider The Reluctant Fundamentalist as a work of cinematic art. In what ways were the techniques of filmmaking (such as casting, direction, lighting, script, music, sets, action, cinematography, editing, etc.) used to get the film’s message(s) across, or to make the message plausible or compelling? In what ways were they ineffective or misused? 3. The opening scene of the film intercuts images of a violent kidnapping with an extended musical performance. How would you describe the music? How was tension built towards the moment of the kidnapping? How effective was this to begin the story told in the film? 4. With whom did you identify in the film? Why? With whom were we meant to identify? How do you know? Discuss each main character in the film and their significance to the story. 5. What did you find most attractive about this film? Why? What was least attractive to you? Why?
6. Who might dislike and perhaps even angered by The Reluctant Fundamentalist? What would you say to them?
7. As objectively as possible, state the message of The Reluctant Fundamentalist. With what do you agree? Why? With what do you disagree? Why?
8. Americans in post 9/11 are depicted as fearful, suspicious and at times bigoted towards foreigners living in the US. To what extent do you believe this is true? Was Nair’s depiction fair? Why or why not? To what extent have Christians shared this fear, suspicion and bigotry? What feelings and behaviors should Christians demonstrate in an age of terrorism?
9. Some critics disliked The Reluctant Fundamentalist because of what they called its “ambiguous” ending. How would you respond to this criticism?
10. Though few of us may intersect with the world of espionage, high finance and terrorism directly, all of us hold views of our neighbors that are shaped in part by our perception of their view of things. People’s views of politics and candidates, religion, parenting and schooling, sexual mores, food and eating, and so much more all may help shape our view of them. And of course how we view people effects, consciously and unconsciously, how we treat them. Given this reality, what can we take away from The Reluctant Fundamentalist?
11. One’s personal and national history naturally helps shape our view of the world. “Four thousand years ago,” Changez says to Bobby Lincoln, “we, the people of the Indus River basin, had cities that were laid out on grids and boasted underground sewers, while the ancestors of those who would invade and colonize America were illiterate barbarians.” How might this effect the views of life, history and the world held by Pakistanis? How does an American feel upon hearing this from a Pakistani?
12. When the Hebrew prophet Samuel was sent by God to anoint David king of Israel, God told him that, “the Lord sees not as man sees: man looks on the outward appearance, but the Lord looks on the heart” (1 Samuel 16:7). This text says not merely that God’s view of people is very different from ours, but that his view of them is more deeply probing into the deepest recesses of their being. Since as his people we desire as much as possible to see as he sees, what might we do to develop a more lovingly probing view of other people?