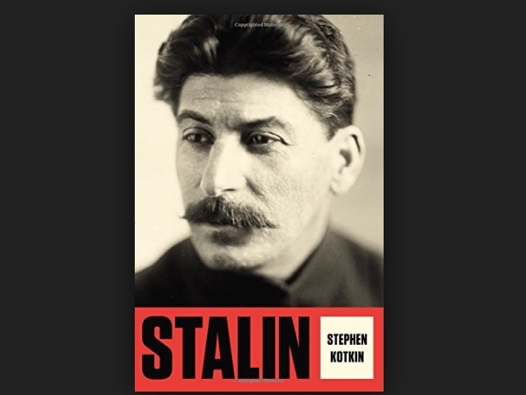 Over the years scholars have looked back on Stalin’s bloody and brutal dictatorship and tried to explain how such a man could have done such horrible things. The explanations—a traumatic childhood, a clever but unintelligent power hungry thug—are now being shown to be untrue. Since the collapse of the Soviet empire, archives have been opened that allow access to Stalin’s rule in detail never before possible. Stephen Kotkin, historian at Princeton, is writing a series of books using this new material, and recently published the first volume, Stalin: Paradoxes of Power, 1878-1928 (Penguin). Kotkin refutes the explanations, both Freudian and political, and insists the evidence points in another direction. In a review of Kotkin’s book in The Atlantic (November 2014, p. 46-50), Anne Applebaum summarizes his conclusions:

The Bolsheviks, Kotkin rightly notes, were driven by “a combination of ideas or habits of thought, especially profound antipathy to markets and all things bourgeois, as well as no-holds-barred revolutionary methods.” Right after the revolution, these convictions led them to outlaw private trade, nationalize industry, confiscate property, seize grain and redistribute it in the cities—all policies that required mass violence to implement. In 1918, Lenin himself suggested that peasants should be forced to deliver their grain to the state, and that those who refused should be “shot on the spot.”

Although some of these policies, including forced grain requisitions, were temporarily abandoned in the 1920s, Stalin brought them back at the end of the decade, eventually enlarging upon them. And no wonder: they were the logical consequence of every book he had read and every political argument he had ever had. Stalin, as Kotkin reveals him, was neither a dull bureaucrat nor an outlaw but a man shaped by rigid adherence to a puritanical doctrine. His violence was not the product of his subconscious but of the Bolshevik engagement with Marxist-Leninist ideology. (p. 48)

In other words, Stalin believed a set of ideas, and believed in them so passionately that he was willing to put them into practice regardless of the cost. Applebaum recognizes that this view of things is both countercultural and important if we are to correctly understand our world.

Kotkin’s first volume ends with Stalin’s announcement of his decision to collectivize Soviet agriculture. Enacting that policy would require the displacement, the imprisonment, and eventually the orchestrated starvation of millions of people, and it resulted in Stalin’s complete political triumph.

In the contemporary West, we often assume that perpetrators of mass violence must be insane or irrational, but as Kotkin tells the story, Stalin was neither. And in its way, the idea of Stalin as a rational and extremely intelligent man, bolstered by an ideology sufficiently powerful to justify the deaths of many millions of people, is even more terrifying. It means we might want to take more seriously the pronouncements of the Russian politicians who have lately argued for the use of nuclear weapons against the Baltic states, or of the ISIS leaders who call for the deaths of all Christians and Jews. Just because their language sounds strange to us doesn’t mean that they, and those who follow them, don’t find it compelling, or that they won’t pursue their logic to its ultimate conclusion. (p. 50)

A few reflections on the power of ideas come to mind
–Stalin’s example shows this is not merely a religious problem. A secular ideology is as able to motivate believers to dangerous fanaticism as can religious dogma. It is a human problem.

–Christians must remember that having access to absolute truth does not mean that all we believe is absolutely true. As we move from scripture to meaning to principle to policy to practice we must see our ideas as increasingly tentative and incomplete. Belief without humility is antithetical to the claims of Christ.

–Any belief system, secular or religious that is not self-correcting, that does not contain within it the resources and motivation needed to reform its own application is dangerous.