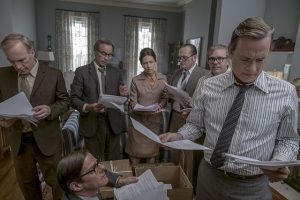 The free press in a democracy
In 1971 the United States was at war in Viet Nam, and I was eligible for the draft. I had sought status as a conscientious objector but my draft board rejected my application. They had not been good listeners when I met with them, but they were correct. I was a reluctant, not a convinced pacifist, and so didn’t deserve the deferment. A man in my church was an ardent evangelist for pacifism and since my responses to his arguments had been quickly demolished I assumed pacifism was the only viable option for a Christian.

It was a confusing time. My reading of Alexander Solzhenitsyn had convinced me of the totalitarian nature of Marxist regimes, but something still didn’t seem right about the war waging in Southeast Asia. The U.S. was bogged down in a seemingly endless war against a tiny, third world country in support of a regime that by all accounts was hopelessly corrupt. Why couldn’t we be victorious and end the carnage or simply get out? Was South Viet Nam really worth defending at such great cost? At home America was bitterly divided and street and campus protests against the war made headlines regularly.

Then on the front page of The New York Times, an article appeared about something they called, The Pentagon Papers. Its real title was Report of the Office of the Secretary of Defense Vietnam Task Force. President Richard Nixon and Secretary of Defense Robert McNamara argued the leaking and publication of this secret document was an act of treason.

The report revealed, among other things, that the government had secretly expanded the war into the neighboring countries of Laos and Cambodia and in other ways had consistently lied to the American people. America had been involved in Viet Nam since the end of World War II (1945) and successive administrations had not told the truth about their true intentions in the ongoing conflict. Nor did they admit that government analysts had concluded the war was unwinnable. Our soldiers were apparently dying for nothing.

The Pentagon Papers were leaked by a psychiatrist, Daniel Ellsberg, who had helped draft the secret study. Arrested and charged for the act, charges against Ellsberg were eventually dropped and in 2011 the entire Report was declassified and published. Nixon appealed to the Supreme Court to stop the media from publishing them after the Times reported their existence, but the Court sided with the press. The Washington Post managed to get a copy of the Papers from Ellsberg, and bravely released it to the public.

Steven Spielberg’s The Post (2017) tells this story, and stays pretty close to the facts in doing so. Some have asserted that the film exaggerates the role of The Washington Post in the affair, downplaying the role played by the New York Times, and that is possible. But still, the real story here, it seems to me, is the role to be played by the media in a free society, a topic as relevant today as it was in 1971.

A second significant theme in the film involves the role of women in leadership. The episode of the Pentagon Papers occurred when the first female editor of a major newspaper was leading The Washington Post. More than a few thought Kay Graham, played brilliantly by Meryl Streep, would not be up to the task but she fooled them all and made history. The movie shows her agonizing over the right thing to do, reviewing the basic principles she believed in, and then doing what she believed was right even though it involved enormous risk.

The search for truth in this broken world is fraught with difficulty. Everyone who claims to speak truthfully has some sort of agenda and perfect objectivity is impossible. We choose which facts are relevant and which are dispensable, we decide which should be emphasized and which of our sources are most dependable. This need not overly concern us because it is only to be expected in a finite, fallen world, but it should prompt us to be discerning consumers of the news. The search for truth is also complicated by propagandists who use well honed techniques to get their particular take on things feel definitive. We need to read the strongest arguments from both the Left and the Right and always ask probing questions as we read.

In a polarized political setting the intersecting roles of government and press must be nurtured and guarded with great care. Both can make mistakes and must be held accountable. And both are essential to maintain our democratic freedoms.

At a time when the movies seem dominated by action films, it’s unclear to me how The Post will fare with the viewing public. Will it help prompt a national conversation on topics in desperate need of careful discussion? Will it serve as a reminder that our democratic freedoms are unimaginably fragile and that the American experiment plays out on the knife-edge of authoritarianism? Or will it simply be ignored, a historical drama about events long forgotten and largely irrelevant?

In one sense, of course, it doesn’t much matter. The Post after all, is only a movie. But the issues it touches on are enduring for all who seek truth, justice and freedom.

1. What was your first impression of The Post? Why do you think you responded as you did? Does your response suggest anything about your view of the significance of a free press? Or more specifically of the historical significance of the publication of the Pentagon Papers? 2. What is made attractive in The Post? How is it made attractive? To what end? 3. In what ways were the techniques of film making (casting, direction, lighting, script, music, sets, action, cinematography, editing, etc.) used to get The Post’s message(s) across, or to make the message plausible or compelling? In what ways were they ineffective or misused? 4. Who do you identify with in the film? Why? With whom are we meant to identify? How do you know? 5. Compare and contrast the two main characters in the film, Kay Graham, played by Meryl Streep, publisher of The Washington Post, and Ben Bradlee, played by Tom Hanks, it’s editor. 6. Trace the character development of Kay Graham as depicted in The Post. Does she exhibit the traits of a true leader? Why or why not? “My decision stands,” she says at one point in the film, “and I’m going to bed.” What does that reveal about leadership? 7. Why is it that in nations ruled by oppressive regimes the suppression or control of the press is always a high priority? 8. How do we decide whether someone like Daniel Ellsberg is a whistleblower or a traitor? To what extent and under what circumstances are we called as God’s people to reveal official wickedness, even at personal cost, when we are ordered to keep it secret? To what extent and under what circumstances is the government wrong to keep something secret? Since it not clear that the citizens of America are having this discussion, what plans should we make? 9. There is a long and noble history within Christian thought for civil disobedience in the pursuit of justice against institutional evil. The Pentagon Papers revealed the duplicity of the U.S. government in sending American soldiers to die in a war they knew was unjust. “Wouldn’t you go to prison to stop this war?” Daniel Ellsberg asks the Post reporter who arrives to get a copy of the Papers. “Theoretically, sure,” he replies. To what extent are you willing to engage in civil disobedience for the sake of righteousness? Is it a regular topic in the training of young disciples of the Lord Jesus? Against what manifestations of institutional evil would you be willing to be civilly disobedient—racism, misogyny, mistreatment of refugees or minorities, the killing of innocents, government corruption (judicial, legislative or executive), suppression of the press, religious discrimination? Would you add anything to this list? 10. It is in the nature of things that the roles of press and government should include a measure of antagonism. It is the role of the free press to uncover and reveal the truth, even when it is unsavory; it is the role of government to keep secret truths that will harm the interests and security of the nation, even when unfortunate. What are the signs these contrasting yet essential roles are being maintained in a healthy way? Are there signs that they are deteriorating today in America in a way that might threaten democratic freedom? This antagonism need not result in hostility and virtuous people in the press and the government can pursue their roles with integrity and mutual respect. Does it matter if hostility and lack of respect become the order of the day? Why or why not?