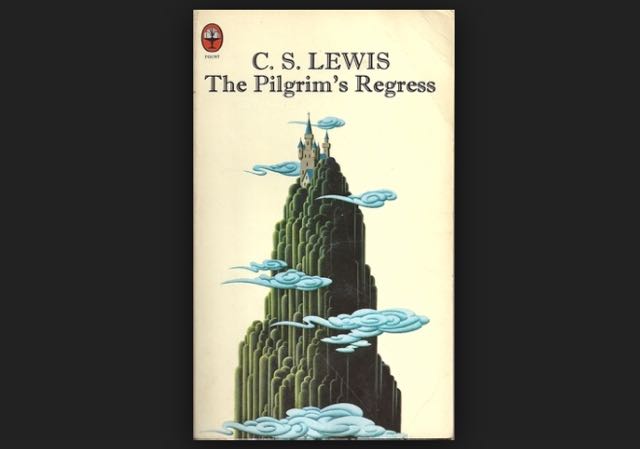 An Annotated Regress
It is not news to remark that C. S. Lewis’s books remain remarkably relevant as the years and decades pass. Schooled in the enduring wisdom of ancient scripture, great literature and deep myth, Lewis was a 20th century man who was not attracted to or fooled by the passing fads and novelties of modernity. This is one reason we chose to name Ransom Fellowship after the main character in his superb space trilogy, Out of the Silent Planet (1938), Perelandra (1943), and That Hideous Strength (1945). If you have not yet read these novels, please do so. Not only are they imaginative and well crafted, they explore the deepest questions of human existence. (I am convinced that Lewis anticipated postmodernity in That Hideous Strength—see if you agree.) Be that as it may, his books remain worthy of repeated readings. A mind and imagination tutored by C. S. Lewis will be one better able to discern truth and foolishness, and know the reasons why.

Still, not all of Lewis’s books are equally accessible. With his fiction, for example, the Chronicles of Narnia is more easily appreciated than either his Space Trilogy or Till We Have Faces. That is a shame, since his Space Trilogy is so profound, and Lewis thought Till We Have Faces to be his best work. But of all Lewis’s fiction probably the most difficult is The Pilgrim’s Regress (1933). As Lewis scholar David Downing explains, there is good reason for that:

The Pilgrim’s Regress represents a number of firsts for C. S. Lewis: it was his first Christian book; it was his first book of fiction; it was the first book he published under his own name. (It may also be the first book composed in two weeks that is still in print eight decades later!) Yet this book of many firsts for Lewis may also be counted as last. The Pilgrim’s Regress is one of Lewis’s least read and least understood books, mainly due to its obscurity. Regress includes untranslated quotations in Greek, Latin, German, French, and medieval Italian. It also assumes the reader has a working knowledge of Aristotle, Kant, Spinoza, and Hegel, philosophers who were widely known to specialists in Lewis’s time and are even less widely recognized in our own era. The book also portrays cultural figures and literary trends of the early twentieth century that are no longer familiar to contemporary readers. (p. xvii)

Written in a form that parallels John Bunyan’s classic, The Pilgrim’s Progress, the book charts Lewis’s experience of faith. His original title, rejected by his publisher, was The Pilgrim’s Regress, or Pseudo-Bunyan’s Periplus: An Allegorical Apology for Christianity, Reason, & Romanticism. It’s possible, given all this, that Lewis did not originally write it for a popular audience but for his colleagues in academia who would question his coming to faith.

If you have never read (or finished, or understood) The Pilgrim’s Regress, help is now available. A beautifully printed, carefully annotated version is now available, edited by David Downing. It turns out that in 1937 Lewis had a student at Magdalen College for whom he personally annotated a copy of The Pilgrim’s Regress. Some 500 of these notes, along with definitions, translations, explanations, and references to other of Lewis’s writing by Downing are printed alongside the text. With this version it’s like having Lewis and Downing walk through the book with us as we read.

Please add a copy to your library. Working through The Pilgrim’s Regress is something worth adding to your to-do list this year.