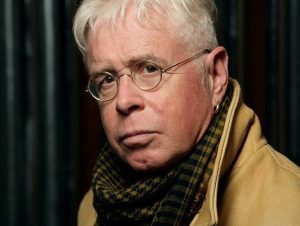 A psalmist for our day
Bruce Cockburn is a superb guitarist, a fact evident on his albums and especially in his live performances, and a fine lyricist. He has honed his musical gift since childhood, and is one of those musicians who always aims for the heart rather than the Top 40. U2’s Bono refers to Cockburn as a “psalmist,” which is a good term for an artist whose faith has always shaped and informed his work without sliding into religiosity.

Everybody’s too damn busy these days…

Cockburn recognizes how exquisite life truly is as we journey from birth to death, and how we leave, as individuals and a species an indelible mark on our planet and in history. Cockburn has not shied away from political themes, losing him fans who are so caught in some political ideology that his questions seem impudent. Once while visiting a Canadian base in the Middle East, Cockburn witnessed the bodies of dead soldiers being loaded on a transport for the long trip home.

Fans of Bruce Cockburn and those who want to think seriously about popular music will be interested in Kicking at the Darkness, a book in which Brian Walsh walks us through Cockburn’s music with loving attention to detail. “I’m not trying to put any worldview in a book,” Walsh says. “Rather, I am offering an exploratory, suggestive, and hopefully creative appreciation of a biblically rooted worldview that is in playful dialogue with Cockburn’s body of work.” You may not always agree with Walsh at each point, but you’ll find his musings both meditative and thoughtful, one model for responding Christianly to the music that resonates so deeply in the hearts of so many.

Lyrics from liner notes, Small Source of Comfort; Walsh from Kicking at the Darkness, p. 18.