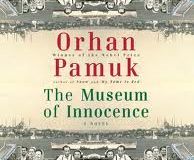 The Collected Debris of an Obsessive Love
I ordered a hardback copy of The Museum of Innocence soon after it was published. That was the result of careful training. My daughter, a novelist, taught me long ago that if an author’s work touches you, you should buy their next book in hardcover because they receive a larger share of the price in royalties. I had read Orhan Pamuk’s Snow (2004)—in paperback, I should add—and found it a deeply moving, finely crafted novel. Snow had transported me into the heart of a society previously unknown to me (Turkey), and so the cost of a hardback seemed a small price to pay in gratitude.

Snow helped me understand how Turkey—with a population that is 97% Muslim in a state that is intentionally secular—is finding its way along a knife’s edge between West and East, day by day juggling an explosive mixture of modernist and religious ideals. These tensions also animate The Museum of Innocence, because life in Turkey is lived out in the midst of conflicting values, long honored traditions, and deeply held convictions.

Early in The Museum of Innocence a theme emerges that weaves its way through the lives of the characters, namely that a truly modern, independent woman will have sex before marriage. Or if she will not have sex, she will at least not insist on abiding by the strict rules of courtship long dictated by traditional Islamic culture. Immediately we are put on notice that choices must be made.

Modernity’s benefits—economic progress, educational opportunities, and democratic freedom—may come with more impropriety and decadence than it is worth, at least in the eyes of many. It’s not merely that sex is occurring—honest people on both sides of the ideological divide acknowledge that has always been the case. It’s that now some find it acceptable, erasing shame from the sin, placing society on a slippery slope where the end can hardly be imagined by religious traditionalists. What some see as freedom from a narrow minded morality imposed by oppressive legalism, others see as the opening wedge in undermining social morality dealing a deathblow to the sanctity of the family. The tensions are real, cutting through neighborhoods and families, and no one is certain how to reconcile the opposing perspectives in the wider society.

This tension, animating debate and unease in Turkish society, becomes deeply personal in The Museum of Innocence. Kemal, the young protagonist, is about to be engaged to Sibel, does not want to live in a world bounded by religious regulations but finds the autonomy of modernity strangely unsettling. His affair with the lovely and innocent Füsan, deliciously carefree in the easy abandon of afternoons of passionate sex, brings a sense of guilt, the need to lie, and the unhappy knowledge that their lovemaking hints of deeper realities while their relationship must at all costs be kept shallow, hidden, and furtive. Slowly jealousy grows, unwanted but insistent, and the need to rationalize subtly begins to distort the meaning of love. Deciding to enjoy things with Füsan without endangering his engagement with Sibel, Kemal determines to master his conflicting passions and keep control of the web of lies required to maintain his duplicity. Such is what his heart wants. Then one day, which Kemal describes as “the happiest day of his life” Füsan tells him she has fallen in love with him. “My whole life depends on you now,” she says. “This both pleased and alarmed me,” Kemal remembers.

Kemal manages to insert Füsan’s name on the guest list to the lavish party thrown in honor of his engagement to Sibel. As he dances with her at the party at the Hilton, she promises to meet him the next day at their normal trysting spot, but she does not appear. Nor does she appear on succeeding days while he waits with growing impatience. Kemal’s agony over his loss is intense, slowly cycling through a series of emotions like acid eating into his soul: jealousy, resentment, rage against anyone who might have taken his place, anger against Füsan for failing to come as she had promised, loathing for the male guests at his engagement party who had looked at Füsan with interest, longing for what he has so unfairly lost, melancholy over the shadow that has crept over his happiness and distracted him from his business, a growing certainty of his innocence, of being the hapless victim from whom delight and love and sexual pleasure has been so rudely and ungratefully torn. Their clandestine meetings had occurred under the pretence that Kemal would tutor Füsan in math for her university admittance exam, but their afternoons had been spent in bed.

Füsan does not come, and as Kemal visits all the places in Istanbul that she frequents, the shop where she worked, the apartment where she stayed with her parents, he was forced to face the fact that she had been heartbroken after the engagement party, had failed the university exam, and then disappeared. “I knew by now,” Kemal realized, “that if I didn’t make a plan to forget her, there would be no continuing my normal daily life.” But forget her was the last thing he could do, the cluttered items in the apartment where they had secretly met embodying his loss, his memories. They become the first entries in a deeply personal collection. The museum in the Museum of Innocence, is this collection of ordinary items—an earring of Füsan’s, postcards, a tricycle, an ashtray, an alarm clock, a small bottle. The items, all so apparently innocent, exist as tokens of the past, stray bits of life to which memories cling, and all of which celebrates his now lost innocence.

Eventually Kemal purchases Füsan’s childhood home to hold his personal and eccentric collection (it includes 4,213 cigarette stubs, each carefully dated). All his energy is dedicated to maintain this museum to the memory of Füsan and their love. He tracks Füsan down, discovers she is now married, and for eight years visits her by having dinner with Füsan and her parents, with whom she and her penniless husband live.

The Museum of Innocence operates on at least three levels. Pamuk uses Kemal and Füsan’s relationship as a window of insight into the changing societal mores of Turkey as it seeks to bridge the divide between East versus West, traditional versus modern values. As a member of the newly rich families of Istanbul, Kemal and his friends want to be seen as up-to-date and European, at home in the world of media, fashion, and freedom. Yet, as Kemal discovers, breaking into that world is not without risk to reputation, family honor, societal cohesion, and to personal happiness.

The Museum of Innocence also serves as a lively introduction to Istanbul. Repeatedly I felt Pamuk was escorting me around his beloved city, helping me see its beauty, history and uncomfortable entrance into modernity. (He even appears as a character in the story, in a way both clever and witty, but I’ll leave that for you to discover.)
Pamuk also tells the story in The Museum of Innocence as a study in love and obsession, taking us into the mind and imagination of one lover as we watch the relationship develop, break apart, stall in a multi-year yearning for reconciliation, and then move to an inevitable tragic end. Over the course of those years Kemal collects everything he can that Füsan uses, or touches, or that reminds him of her. Eventually he remodels her family home as a museum, and moves his massive collection into it, naming it the Museum of Innocence. On the top floor, Kemal builds a room in which he can live out his days.

Some fill their dwellings with objects and, by the time their lives are coming to an end, turn their houses into museums. But I, having turned another family’s house into a museum, was now—by the presence of my bed, my room, my very self—trying to turn it back into a house. What could be more beautiful than to spend one’s nights surrounded by objects connecting one to his deepest sentimental attachments and memories!

Pamuk’s story insists we ask questions as we read. Can something this obsessive be evidence of real love? Is Kemal reading Füsan rightly, correctly interpreting the myriad tiny glances, silences, words, and actions over so many years? The story is told from his perspective—but does it adequately capture Füsan’s perspective, yearnings, and heart? What is the “innocence” in the title? Is the museum a monument to love and happiness, or is it a sad reminder of lives misspent? Is Kemal really the faithful lover, the hero in a tale of unrequited love and tragic romance as he imagines? If traditional social and familial mores are rapidly being challenged in Turkey by a younger generation, is not the religious, cultural, and political unrest we hear about in the media simply to be expected? And does the embrace of modernity bring with it the loss of something that though traditional is also of value?

As I read The Museum of Innocence it seemed I was privy to the keen observations of an artist who has insight into not just his society and the impact of globalization on that society, but into human nature. This is a story set in Turkey, a Muslim society, by a Turkish novelist, written originally in Turkish, but more importantly it is a deeply human story. The love and yearnings and dreams and sexual delights and disappointments and obsessions that unfold are common to all made in God’s image but fallen. We cannot live apart from relationship and love, as we were made for them, but they are also the spheres of life in which our brokenness is often most clearly displayed.