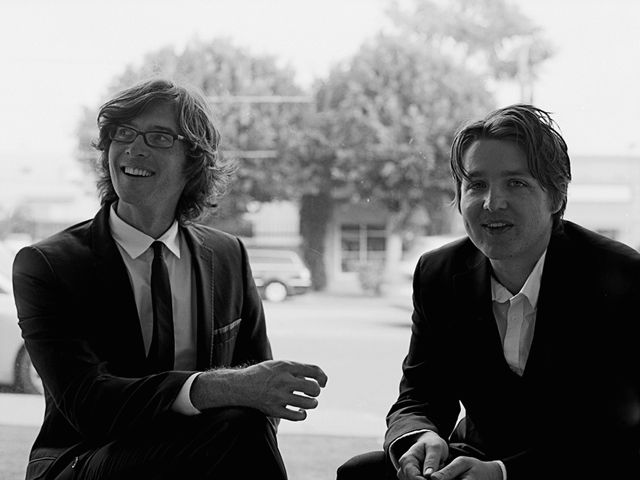 A perfect blending
I first heard The Milk Carton Kids watching the superb television documentary, Another Day, Another Time: Celebrating the music of Inside Llewyn Davis.

Produced by T Bone Burnett for Showtime, Another Day is very worth watching—many more times than once, in fact. Featuring the Avett Brothers, Jack White, Gillian Welch & David Rawlings, the Punch Brothers, Joan Baez, Patti Smith, Marcus Mumford, Rhiannon Giddens, and others, it is a 101-minute concert starring some of the best musicians performing today. The film is seamlessly divided between brief interviews with the musicians, scenes as they practice for the concert (with T Bone and the Coen brothers in the background), and scenes from the one evening concert which the film records. When the Milk Carton Kids sang “New York” the camera panned across the musicians sitting along the wall of the studio. They sat quietly listening, looking almost entranced, and Mumford wiped his eyes when they were done.

You were mistaken you are to blame
Lately I’ve taken to getting my own way
Yes, it’s you my love it’s you I’m running from

The voices of Joey Ryan and Kenneth Pattengale blend perfectly, along with the way they play their acoustic guitars, so that’s it’s hard not to hear them as one. They have obviously practiced to achieve such a flawless sound, yet their music seems effortless. The Milk Carton Kids, Jeff Strowe says on Popmatters.com, have “found somewhat of a magic formula: a set of rich and plaintive voices that impeccably complemented each other in harmony while being held together by vibrant and clean acoustic fingerpicking emanating pleasantly from vintage ‘50s guitars. It’s a simple and familiar formula, one that references folk titans like the Everly Brothers, the Jayhawks, Welch and Rawlings, and Simon and Garfunkel.”

Their lyrics are poignant, sometimes dark, full of loss and aloneness and yearning, not ballads that tell stories but poems that evoke images and memories. Ryan and Pattengale perform as one, blending their voices and instruments in a lovely demonstration that for all the brokenness that haunts our lives and world, we can find a beauty so profound that it speaks directly to our hearts.