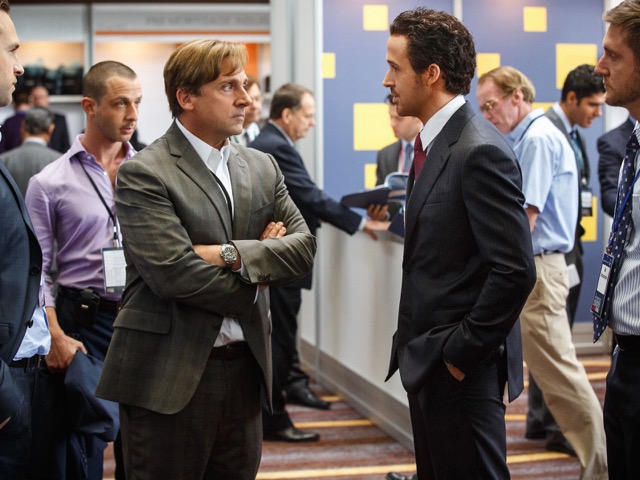 The power of money and greed
On September 15, 2008 the Wall Street bank Lehman Brothers filed for bankruptcy. It was the beginning of a massive economic collapse that rippled through first American society and then the rest of the global markets. Even those of us who could not identify specifically how we were effected by the events that followed, were. In 2010, financial journalist Michael Lewis, who has a degree in economics from the London School of Economics and worked briefly for Salomon Brothers in New York, published The Big Short: Inside the Doomsday Machine. It told the story of the collapse from the perspective of a small group of eccentric financial insiders who saw it coming. They profited from the downturn, but in the process exposed the deeply rooted amoral cynicism motivating the wealthy movers and shakers on Wall Street and the inability or unwillingness of the government to hold them accountable. In 2015 The Big Short was made into a movie, which won an Oscar for Best Adapted Screenplay and was nominated for four others including Best Picture and Best Director.

One more fact is worth noting—though the book is a serious piece of journalism, the film is a comedy. The story is sobering, but director Adam McKay found a way to tell it that is funny, with numerous scenes that are hilarious. If you need a demonstration of how humor can be used to teach complicated issues and to tell a serious story look no further than The Big Short.

If you fear being overwhelmed by the complex and confusing jargon of Wall Street high finance—e.g., credit default swaps, subprime loans, housing bubble, collateralized debt obligations—don’t be. One of the things The Big Short does well is explain it all in terms a layperson can grasp. Sometimes an actor looks right into the camera and explains what’s going on, while the action continues in the background.

The Big Short can be a difficult film to discuss with friends because of the assumptions we bring to it. Some may feel the bankers of Wall Street are given short shrift, some may feel the government is let off the hook, some may feel that since no high level bankers were indicted on criminal charges their actions must be legal, some may wonder whether the story is actually true since it is a movie, and others may feel an extremely complicated event within a complex globalized economic system is oversimplified. Besides, the economy has been so politicized that discussions of economic matters tend to devolve quickly into debates about democracy, the size of government and socialism.

The Big Short does not tell the entire sorry story of course, but it provides an admirable introduction to a dark episode in American history we need to know. Andrew Trotter, director of the Consortium of Christian Study Centers, notes correctly that the film explores issues essential to a Christian worldview in a fallen world. “The unrelenting greed,” he says, “that the bankers of Wall Street played in this scandalous blot on American business history comes in for some much-needed direct approbation, and any Christian should be glad of that. If nothing else, it is a wonderful study in idol-making (from a number of different perspectives) and explores the sins of both materialism and acquisitiveness at deep levels.”

This should be an opportunity for the church. As citizens of the kingdom of God we need not fear exploring economic issues in terms of biblical standards of virtue, generosity, gratitude and stewardship. We need not be shocked to discover that players in the marketplace are motivated by greed or that the market is very imperfect because it is a system of a rebellious world run by finite sinners. We can be prepared to conclude that no political party or agenda is adequate for the sort of technological, global economic system that now connects Wall Street with traders, bankers and governments around the world. And since we can enter the discussion free of previous ideological commitments we can begin with scripture and wrestle with its view of economic matters in order to try to make sense of our world, including the crash of 2008.

1. What was your initial or immediate reaction to The Big Short? Why do you think you reacted that way?

2. In what ways were the techniques of film-making (casting, direction, lighting, script, music, sets, action, cinematography, editing, etc.) used to get the film’s message(s) across, or to make the message plausible, understandable or compelling? In what ways were they ineffective or misused?

3. In some films nudity and profanity seem to be gratuitous, written into the screenplay to pander to audience tastes or to add boldness to a weak plot. Is this the case in The Big Short? Why or why not? If a Christian were directing the film, should they include these scenes unchanged?

4. How was humor used in The Big Short? Did it add to or detract from the seriousness of the film’s message? 5. With whom did you identify in the film? Why? With whom were we meant to identify? Discuss each main character in the film and their significance to the story.

6. When Americans think about economic greed and corruption they tend not to think of America but of other nations. Why is this? What story about the American economy is dominant in our society? To what extent are Christians complicit in believing and telling a mistaken story?

7. Some people might be hesitant to consider the implications of The Big Short because they fear it might lead to bigger government or socialism. How would you respond to their fears?

8. Should a Christian be shocked to discover that Wall Street bankers might be motivated by greed? Should we be surprised that what is legal might not be virtuous or admirable, and might even do great harm to others?

9. Did watching The Big Short make you realize you need to do some reading about how to think Christianly about economics? What plans should you make?