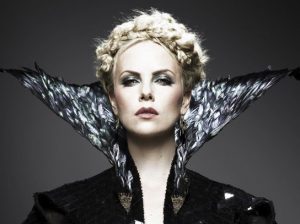 When beauty is a curse
I’m not certain how many people today have been exposed to Grimm’s fairy tales in their original form. The Grimm brothers, Jacob and Wilhelm, published the first collection in 1814, with revised versions appearing in later decades until the seventh collection included 211 stories. Their books collected folk tales that had previously survived only as an oral tradition. Today, however, when most people think of the stories I suspect they have in mind the sentimentalized versions popularized by the Disney cartoon movies. Full of romanticized settings, glittering costumes, glorified images of poverty or deprivation, song and dance numbers, and very happy endings, the Disney versions are well suited to a comfortable consumerist society in which the harder aspects of existence are safely kept out of sight and out of mind. The original tales, in contrast, were never sentimental, or, more accurately, any sentimentality was balanced with a dose of darkness even when the ending was happy. In their take on reality life was full of danger, evil was real, death lay in wait, dark forces preyed on even the young and innocent, people could get lost and never be found, often things weren’t really as they seemed, and unless a rescuer appeared there could be little reason for hope. They also included some highly questionable elements, like in “Snow White,” why the prince would want to take the lifeless body of the heroine in her glass coffin home to his castle. In any case, the power of the stories is evident in the fact that they continue to be remembered and told by succeeding generations—somehow these extremely simple tales speak of matters that seem to matter.

When Snow White and The Huntsman (2012) was released, I did not go to see it in the theater. For one thing, I feared that two of the three main characters, Kristen Stewart, as Snow White, and Chris Hemsworth, as the huntsman might be flat as actors. Now that I’ve seen the film, I must say my suspicion was confirmed. Neither brought nuance to their roles, and neither made me care much about their characters. The third main character, however, more than makes up for their lack, and possesses such a fierce power on the screen that it can be truly said that she steals the show. Charlize Theron, as Ravenna, the stepmother and wicked witch is worth the price of admission many times over. Her ability to use her entire body to express a wide range of emotion, from murderous rage to gentle persuasion to heart stopping fear illuminates the screen and moves the story along with thrilling intensity. Theron’s skill and giftedness as an actor is simply breathtaking. Still, this is not the reason I decided to review Snow White and The Huntsman.

One thing the movie does brilliantly is to take the essence of fairy tale seriously. The Dark Forest is rendered just as we imagine it, so that trees become fearsome and menacing and the path is so confusing as to be scary. And the enchanted fairyland is so, well, enchanted that it becomes simply enchanting. Special effects and CGI (Computer Generated Imagery) are used well in Snow White and the Huntsman, so that they support the story and the characters but never seem to call attention to themselves. I especially appreciated the special effects involving Ravenna: flocks of crows swirling in or out to allow her to transport herself, the way the mirror flowed and dripped, the way she sucked the life out of young women for the sake of vanity. But this is still not the reason I decided to call attention to the film.

The reason I decided this film was worth attention goes back to a central element in the story itself. It is this: the reason the stepmother/wicked witch is evil is that she has accepted a lie. The lie is that youthful health, beauty, and vitality is a pearl of great price, worthy of pursuing above all else, or at least a goal so worthy as to allow it to define your lifestyle.

In the film, Ravenna uses potions and baths to maintain her youthful beauty. Watch the commercials and ads that appear on television and in magazines, and you will catch a glimpse of the zeal that animates her. She also uses magic, which today has been replaced by a far more powerful source of transformation, medical science. The radical notion is not that Ravenna is wicked, but that it is the relentless quest for youthfulness that is the fount of her evil. Once adopted it defined her values, shaped her identity, and destroyed her soul.

The scenes in which Ravenna gazes into the magic mirror reminded me of the wall displays of magazines at an airport—row upon row of beautiful people and none of them you. Apparently the German folk who told and retold the old tales before Jacob and Wilhelm Grimm wrote them down believed that something this seemingly benign, a desire to fool aging and hold onto youthful looks and vitality could transform someone into a paragon of wickedness. It’s called ancient wisdom.
Ancient wisdom in a fairy tale—Snow White and The Huntsman may be an old tale, but it is one that needs to be told and retold in the 21st century.

1. What was your impression of Snow White and the Huntsman after watching it for the first time? Was it different from what you expected? 2. What elements—set construction, locations, costuming, plot, music, action, special effects, etc.—were included in the film that made the viewer feel this is a fairy tale? To what extent were these used effectively? 3. Find a copy of the original Grimm Fairy Tale, “Little Snow White,” on which this film is based. One good, free online source is: http://www.worldoftales.com/fairy_tales/Brothers_Grimm/Margaret_Hunt/Little_Snow-white.html. In what ways is the movie version different from the original story? What difference do the differences make? 4. To what extent does the depiction of evil in Snow White and The Huntsman coincide with a biblical understanding of evil, sin, idolatry, and temptation for the Christian? 5. What is the process by which a proper concern for and stewarding of health and looks cross a line into a form of idolatry? Is it possible that our postmodern world is imbalanced in its view of youth and aging? What would a more proper balance look like? How do you know? 6. What is the significance of Ravenna being Snow White’s stepmother? How do viewers from broken and blended families respond to the idea?