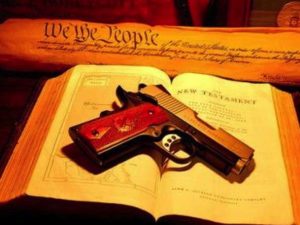 One of the characteristics of 21st century American culture—part of what earlier generations called “the spirit of the age”—is the politicization of life. What this means, simply, is that every issue of social importance is primarily framed in political terms. To watch it at work, raise an issue—a moral one like caring for the earth or a social justice one like immigration—and see how long it is before politics dominates the discussion. The point is not that politics should never touch on such things, but that it should arise only as one small part of how we try to live out what we believe about them.

Politicization is one of those things that simply crept up on us. Most of us probably didn’t pause one day, slap our forehead in sudden illumination, and believe that the primary way to institute real change is through the political process. Rather, the tendency to believe that simply began to appear in the social landscape, and we drifted along largely unawares.

It’s impossible not to be effected by our culture. Being discerning doesn’t pretend this doesn’t occur but acknowledges it. And it steps back occasionally and examines such beliefs to see if we want to adopt them, alter them, or determine to lean against them.

Ignore for a moment the reasons politicization seems attractive, how it wormed its way into our cultural consciousness, and what things we might consider to keep conversations about issues from becoming opportunities to score political points. Instead, reflect on the politicization of life from a Christian perspective.

The first thing we’d have to say is that it is entirely wrongheaded. Everything is related to Christ, not to politics; culture is always prior to politics; and the gospel always trumps them both. Moral issues and social justice questions must be determined on their own merits, and only then can we determine what political implications, if any, exist.

Reducing cultural change to political effort replaces the moral persuasiveness of truth with the force of law. This week I received another mass email from a Christian acquaintance promising the end to abortion if enough people rally around a specific political effort. But as a Christian I do not believe the question of abortion can be settled by such means. For one thing, I believe St Paul is correct when he argues that the law can never solve the deepest issues of the human heart (see Galatians). Abortion is not primarily—or even secondarily—a political issue, but a deeply nuanced ethical and philosophical issue. Only a heart-level transformation of culture will bring justice, political and otherwise, for the unborn and the unwanted.

Politicization also reduces moral standards to political slogans. For example, some claim that no use of American military force has been legal since World War II because that was the last time Congress formally declared war. They point out, correctly, that legitimate authority is one of the necessary conditions for military force to be justified by just war standards. If we conclude only a formal declaration of war by Congress legitimizes the use of American military force, we are adopting a moral standard. If this is your position concerning the nature of justice, that’s fine, but be consistent. It is, remember, a conviction not a political sound bite. So, if we awaken to news that the President sent a special ops team in somewhere with deadly force where we haven’t declared war to successfully rescue medical workers kidnapped by extremists, maintain your standard. Explain why this action is illegitimate and why you must condemn the operation as unjust.

Still, my first point is the most essential. From a Christian perspective, the politicization of life is wrong because everything is related to Christ not to politics. It subtly seeks to replace Christ as Lord, and thus reveals itself as idolatry.