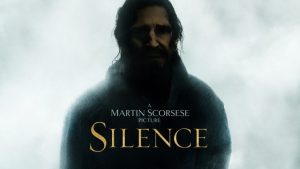 The silence beyond all enduring
I read Shusaku Endo’s novel Silence a few years after it was first published in English in 1969. I remember being stunned by the power of Endo’s story, by his deceptively simple prose, by his insight into the human condition, and most of all by his courageous refusal to look away when faith in God is tried to the breaking point.

Christian friends surprised me by being dismissive of the book. Concerned that faith was declining in the West, they said what was needed were stories of victory not of difficulty, of faith that was able to look death and suffering in the face and smile, rejoicing that all things work for good because God is greater than anything a hostile world could muster. I remember trying to defend the novel but feeling that I hadn’t really known what to say.

What I would say now is simple: I’d tell them they weren’t reading their Bibles with much clarity or understanding.

I recently heard my friend Joshua Moon preach on Psalm 88. This ancient poem is also about the silence of God, a searing song of lament that does not conclude with a satisfying stanza of adoration, relief and hopefulness. (Psalms 44 and 89 are similar in this regard.) We must see, Rev Moon insisted, that Psalm 88 is not defective or incomplete. It is because the psalmist believes in God that it is so hard to cry out in suffering and darkness and to receive only silence in response. Faith is not lacking for it is faith that drives the lament. “O Lord,” the Hebrew poet says, “why do you cast my soul away? Why do you hide your face from me?” It is like dwelling among the dead, the poet says, not just in the midst of the tombs, mind you, but in death. We need such psalms, Josh said, because times of intense darkness and resounding silence are part of the life of faith in a broken world.

Why do we act as if this isn’t true? Do we live such isolated, comfortable lives that we dare ignore living in reality? Sometimes such times last so long that we can’t imagine bearing them any longer. This is the cry of the refugee who has lost loved ones to war and famine and stumbles into a camp of wretched waiting in conditions that sap the soul. It is the cry of the parent whose child has slipped into addiction and now has been found unconscious in an alley with a needle stuck in their arm. And so we pray, but God says nothing, does nothing and we discover to our horror that silence can have an echo.

This is the anguished cry in Silence.

Silence is about the hidden Christians who went underground in Japan to escape a deadly persecution unleashed in the 17th century. Now Martin Scorsese has produced Silence (2017) faithfully based on Endo’s novel.

For a period of decades Japan had opened itself to the West, allowing Portuguese, British and Dutch merchant ships access to its ports. Trade flourished and in 1549 the Jesuit missionary Francis Xavier brought Christianity to Japan. Later the samurai overlords became concerned at the influx of Jesuit missionaries and the massive numbers of Japanese peasants that converted so they closed their island nation to the West and outlawed Christian faith, punishable by torture and death.

Silence tells the story of two young Portuguese Jesuit missionaries who get themselves smuggled into 17th century Japan in order to find their old mentor, Father Ferreira, played by Liam Neeson, that rumor says has committed apostasy. They arrive in Japan to find a church driven underground by persecution, and soon face the same brutality that Father Ferreira has already endured.

Silence is not an easy film to watch but that is not a sufficient reason not to see it. True faith does not look away from the messiness of life. The danger in refusing to look into the dark corners of fallen reality is that slowly we come to imagine they do not exist and so become easy prey to the powers that dwell there.

In his book, Silence and Beauty, artist Makoto Fujimura says this about the film:
In many quarters communication of the good news is a consumer-driven, mall-like experience that plays to people’s escapist fantasies; going to church or attending a Christian concert often is a reprieve from the ills that face us. Works like Silence seem harsh and stark, and they seem to hit home too deeply in an entertainment-filled world. Rarely do we encounter art that gives attention to the complexity, paradoxes and mysteries of life without falling into the abyss of despair.

Silence is an antidote to the morphine-like numbness of our culture. It can and should shock us to see the deeper reality beyond the normative reality. If we care to know how deep the suffering of Christ goes—and how vast and even violent is the restoration process through Christ’s suffering then we had better start with knowing the dark, cruel reality of the fallen world. If we care to embrace hope despite what encompasses us, the impossibility of life and the inevitability of death, then we must embrace a vision that will endure beyond our failures. We should not journey toward a world in which ‘solutions’ to the ‘problems’ are sought, but a world that acknowledges the possibility of the existence of grace beyond even the greatest of traumas, the Ground-Zero realities of our lives. In such a journey evil is no longer equal to the good, but the stench of death all around us, pulverized by even atomic powers, will remind us that it is despite ourselves that grace and restoration can take place. In a surrender to the inevitable we dethrone evil of its power. (p. 167)

Silence is a searing story of faith, doubt, courage and persecution that centers on a single brutally honest question: How is it possible to believe in a God of love that remains silent in the face of horrendous human suffering? The story assumes that God exists and that he has promised redemption through Jesus Christ who entered history, died on the cross and rose to life again. But what do we think about that God when ordinary believers are swept up in a painful spasm of persecution that is unjust, devious and relentless. “I did not write a book about the Silence of God,” Endo insisted. “I wrote a book about the Voice of God speaking through suffering and silence.”

This is a question that is not merely worth asking but one that must be asked by everyone who takes faith seriously in our broken world.

1. What was your initial or immediate reaction to the film? Why do you think you reacted that way? It seems clear that the film is intentionally made so that it is impossible for us to be unmoved by the story. (The same is true of Endo’s novel.) Did you feel manipulated in any way? What is it about this story that so powerfully draws us into the pain of the narrative?

2. In what ways were the techniques of film-making (casting, direction, lighting, script, music, sets, action, cinematography, editing, etc.) used to get the film’s message(s) across, or to make the message plausible or compelling? In what ways were they ineffective or misused?

4. You are with some non-Christian friends who have watched this movie and believe in a God of love that remains silent in the face of horrendous human suffering. What would you say? Would you be able to say it in a way that might intrigue them to continue the conversation?

5. Silence is relevant today,” Makoto Fujimura says in Silence and Beauty (p. 200), “in all places where devastations and torture occur. We certainly see parallels in the cries of freedom heard among the African American slaves in American history as well as persecution of minority Coptic Christians today in Egypt, and over 100 million Christians who face religion-related violence in over thirty-five countries. We need deeper reflections on our humanity through our dehumanized conditions, whether we are stricken with civil wars in Sierra Leone, bullets in Newtown’s elementary school or the reports of brutal torture of prisoners by waterboarding in post-9/11 America.” Some evangelicals would be uncomfortable linking those events together. What arguments might they raise and how would you respond? How does our hesitation to honestly face the brokenness in our history keep us from being the agent of healing we could, and should be in our fallen world? Why should Christians be the most courageously honest and unflinching in such reflections?

Silence and Beauty by Makoto Fujimura (Downers Grove, IL: InterVarsity Press; 2016). The quotation from Shusaku Endo is found on page 143.