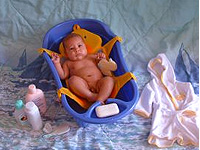 Here is a case study for discernment, based on a true story (though I’ve taken liberties with many of the details).

Your small group includes a woman—let’s call her Mary—in her early 60s who came to Christ a couple of years ago. Her enthusiasm for Bible study, sharing Christ, and faithfulness in all of life is both refreshing and infectious. Unlike the Christians in the group, however, most of her closest friends are non-Christians, many of whom she has known for decades. Mary lives in a quiet neighborhood, and a natural extrovert, knows her neighbors well and interacts with them easily and naturally. A very hospitable person, she has for years hosted annual block yard sales, parties, and often has neighbors in for dinner. Two doors down from her live a lesbian couple who have been together for eight years and who take their relationship seriously. Though it was not a legally binding ceremony, five years ago they exchanged vows “until death do us part,” and have remained faithful to one another. After the ceremony, Mary hosted a reception for them in her home. The couple is estranged from their extended families who as Christians do not approve of their relationship.

Now, Mary extends an invitation to the small group, all members of your church, whom she considers her best Christian friends. Her lesbian friends have decided they want children, and so one has been artificially inseminated and is due to give birth in four months. Mary is hosting a baby shower for them, and wants the small group to not only attend, but to help with decorating and the refreshments. Mary sees this as not only an opportunity to introduce her Christian friends to her non-Christian friends, but a chance for the people of God to join her in demonstrating love in a practical way to a couple who are too often maligned and shunned.

Mary was not expecting the stunned silence that followed her invitation, and was taken aback when two members said that not only would they not attend, they thought her wrong to host the baby shower. The discussion—such as it was—went on from there.

All of which implies questions for reflection and discussion, a few of which I’ve listed here.

1. Would you attend the baby shower? Why or why not? Would you help Mary with the planning, decorating, and refreshments? What explanation from the Scriptures would you give to justify your decision?

2. To what extent should you take into account the fact that Mary is a young believer? If this matters to you, why does it?

3. If you would not attend the baby shower because of the couple’s sin, what sins can a couple be openly guilty of which would be acceptable to you? List the various types of non-Christian couples for whom you would attend/refuse to attend a baby shower. On what biblical basis is the list based?

5. How would try to handle the dispute that broke out in the small group over Mary’s invitation? If the evening progressed so that you were pushed into a corner and try as you will, it appeared that someone would have to be offended—Mary or members who were considered long-term, mature believers—which of the two should you offend?

6. Some members of the small group—older, long-time Christians—decided that since Mary refused to cancel the baby shower they could no longer fellowship with her and so would have to leave the group. What would you say to them? Should Christians who disagree over such things be able to remain in the same church? The same small group? Why or why not?

7. Are Christians who attend the baby shower affirming the couple’s life style? Why or why not? What difference does it make?

8. To what extent should the possibility of being misunderstood by fellow Christians figure into these decisions?

9. The members of the small group who plan to attend say they can not believe Christians would hesitate over this invitation. We should be as eager to go to this shower as we would to one given for a Christian couple—who also are sinners. Couples having a baby can use help, this couple, estranged from their families, needs friends, and Christians should be eager to not only attend but to be faithful friends over the long-haul of raising the child. Refusing to extend help and friendship if we dislike their choices or their moral or religious beliefs effectively cuts us off from those who most need the grace of the gospel. No wonder the world doesn’t take our claims to truth and faith seriously. How would you respond? Why?

11. Some months after the shower Mary reports that she is now considered the lesbian couple’s child’s “grandmother.” To what extent would the evangelical Christian community better reflect God’s grace if more Christians were in such relationships?