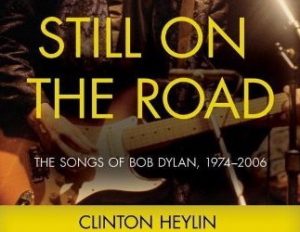 Dylan’s Songs: 600 songs in 2 volumes and counting
Bob Dylan is not merely an entertainer, though he has entertained millions over the years, and it is a mistake to think of him in such terms. He is a poet who has captured the essence of our time in his music, so that those of us who have yearned for insight into the meaning of things might be able to see below the surface of events. Dylan’s poetry is deeply rooted in reality but always in a way that transcends the details of the here and now to touch on the deeper questions of life and meaning and spirituality and death. “Dylan’s is an art,” Christopher Ricks says, “in which sins are laid bare (and resisted), virtues are valued (and manifested), and the graces brought home. The seven deadly sins, the four cardinal virtues, and the three heavenly graces: these make up everybody’s world—but Dylan’s in particular.”

What is significant is not merely that phrases from his lyrics have made their way into the patterns of our speech, but that his lyrics help unpack the loud and demanding cacophony that is daily life in a media-saturated world so that we can begin to make some sense of who we are, where we are, and why it matters. Over the decades his songs have appeared like signposts for me, pointing in some direction when so much of life and society and the church seems to be going in circles.

Please understand what I am claiming here. It is not just that I like his music, though I do. It is not just that I think his unceasing musical output has been creatively stunning, though I believe it is. It is not that I disdain people who don’t like his voice or albums, because liking his art really has nothing to do with it. I am claiming he is a poet—perhaps the poet—for my generation, and that in his lyrics is a record of our time, for blessing and for curse. We may listen to the news to know some of what’s happening and read history books for some of the context, but for unpacking a deeper level of understanding we need to listen to poets. It is the poets who have always provided a way to sort the significant from the meaningless, a way to see the glimmers of light hidden in the shadows of our dark world. And from that perspective, Bob Dylan is the voice that time and again has swept aside the distracting details covered with such mind-numbing repetition in media and gossip to expose the heart and soul of what truly matters.

In two volumes Clinton Heylin, a prolific writer on popular culture, has produced a chronological (according to when the songs were written) commentary on all the songs written by Bob Dylan. Revolution in the Air: The songs of Bob Dylan, 1957-1973 and Still On the Road: The Songs of Bob Dylan, 1974-2006 include notes, historical background, and reflection on the 600 titles Dylan penned over those 49 years. Not everyone will necessarily be interested in reading Heylin’s two volumes, but those interested in Dylan, popular culture, and the significant signs of our times will want access to them.