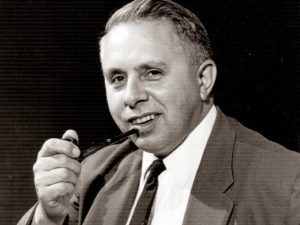 Hans Rookmaaker, art historian and colleague of Francis Schaeffer published Modern Art and the Death of a Culture in 1970. It was written, in other words, in the Sixties, a time of cultural ferment and protest in the West, and increasing defensiveness within the American church. We live in a world that still bears the marks of that decade, for blessing and for curse.

At the beginning of the Sixties Reinhold Niebuhr was arguably the best-known and most influential public intellectual in American society. “Niebuhr was the ideal type of a species all but lost to us today,” Ross Douthat notes, “the public theologian, deeply engaged in a particular Christian tradition—in his case, a ‘neo-orthodox’ Protestantism—but capable of setting the agenda for the secular world as well.” I suspect Douthat is understating the case—the idea that a Christian theologian of whatever stripe could be America’s premier public intellectual is simply unimaginable today at the beginning of the 21st century.

It was also a time when technology and a technological mindset started to assume a larger, or more obvious and noteworthy role in daily life and society. We are so used to living in a technological world by now, of course, that this may not sound like much, but at the time it was significant. Things felt different, looked different, was different, and people were thinking differently as a result. There were gadgets, innovations and conveniences, new weaponry, state power and governmental reach, a flood of images and news available so quickly after the events occurred—as I say, commonplace now but novel then.

A lot of new things appeared and happened. The birth control pill received FDA approval and scientists invented lasers (1960), the Berlin Wall was constructed and the Soviets put a man in space (1961), the first Wal-Mart opened (1962), John F. Kennedy was assassinated (1963), the British band The Beatles hit America and Nelson Mandela was sentenced to life in prison (1964), American troops were sent to Vietnam (1965), Star Trek series appeared on T.V., Black Panther Party and National Association of Women were established (1966), the first heart transplant, the first Super Bowl, and the first black, Thurgood Marshall, on US Supreme Court (1967), Martin Luther King, Jr. and Robert F. Kennedy were assassinated, and the horrible My Lai massacre occured (1968), Neil Armstrong became the first man to land on the moon and the first episode of Sesame Street was shown (1969), computer floppy disks became available (1970).

The Sixties were also a decade of unrest, protest and revolution. Four black college students conducted a sit-in at the Woolworth’s whites-only luncheon counter in Greensboro, NC (1960), Freedom Riders challenged segregation on interstate buses (1961), the first person was killed trying to cross the Berlin Wall and at the University of Mississippi James Meredith became the first black admitted as a student (1962), the March on Washington and Martin Luther King Jr.’s “I Have a Dream” speech occurred, and activist Medgar Evers was shot in Jackson, MS and was initially refused care at the hospital, where he died, because he was black (1963), the Civil Rights Act became law in the U.S. (1964), street riots exploded in Los Angeles and Malcolm X was assassinated (1965), mass protests against the military draft spread across America (1966), Che Guevara was tracked down and killed (1967), in Czechoslovakia what became known as the Prague Spring brought thousands into the streets (1968), Woodstock made rock and roll history (1969), Palestinians hijacked five planes, and troops fired on protesting students at Kent State in Ohio, killing four and wounding nine (1970).

This list perhaps can serve to provide a feeble hint—admittedly wildly selective and incomplete—of what seemed at the time to be a brave new world of technological advance and social protest that was the Sixties. Modern Art and the Death of a Culture was written into and out of this cultural moment. The fact that Hans Rookmaaker wrote it more than four decades ago means it is dated; the fact that his perspective was firmly rooted in the ancient wisdom of the biblical worldview means what he wrote can serve as a model of Christian discernment.

In reviewing the book recently I remembered how great an impact it had on me. The Sixties were a time of spiritual crisis for me. The Christianity in which I had been raised did not provide reasonable answers for the questions and challenges I faced in my classes and in the late night conversations I had with friends. Rookmaaker’s book arrived like a glimmer of hope. Never before had I known any serious Christian to take art seriously. Reviewing Modern Art and the Death of a Culture also reminded me that the perspective on life and faith that Rookmaaker advanced was radical. That is probably why the bookwas, as far as I could tell, by and large ignored by a church that was increasingly defensive, withdrawn, and reactionary.

This excerpt captures a hint of what I mean.

Those who put their faith in a perfected technology have of course some grounds for their optimism, even if they also have their problems. We are living in an advanced world, better equipped than any before to tackle the great problems of mankind: housing, transport, safety, health, home comforts, efficiency. We have better communications, safer systems, more convenient utensils, better organization. Much of our western society is wealthy, affluent. Economics, by applying the methods of the sciences, has been able to break through old barriers; together with sociology it has been the means of providing for everyone goods and services previously undreamt of. No longer is the world one with a happy few, a small class, at the top, with the masses of the nameless poor at the bottom. Democracy, leisure and convenience for everyone have been achieved—well, perhaps not quite, for we are still uncomfortably aware of the areas where they have not yet arrived.

Certainly the world is a fast-changing one: air transport is faster, and within the reach of an ever-increasing number of people. Television, in the course of one or two decades, has changed the habits, knowledge and whole outlook on the world of a large majority of the people. Cars are now a commodity instead of a luxury. More people get better schooling and higher education at university and college level. Books are cheap and within the reach of all. People live longer as a result of the rapidly advancing medical care and research.

All this is true, and many of these things have no doubt led to much greater happiness and satisfaction in life for many. No-one wants to undo them, or go back to being without them, or deny their importance. Nor can it be denied that they all have a deep influence on our lives. Certainly one aspect of the crisis of our age is to be found in the fact that we have not yet completely adjusted to them; we have not yet found the right attitude to them, for we are often still like children completely taken up with a new toy. But the overwhelming ecological problems of today show that we must stop playing at random: our utensils may destroy us, our machines cause the decay of the very earth on which they stand. Perhaps we have bought our affluence at too high a price.

Our world is changing, and we with it. It has become much larger, as our horizons have widened; but also much smaller, for we get instant information on problems and events in places far away. We get involved in things we have never even thought of before. So our world has become much more complex, and in our answers to the problems of life we have to cope with far more factors than ever before.

All this means that Christians must go through a period of study, thought and re-evaluation that will take much of our energy. Conflicts will arise within Christian circles as older people especially are not consciously aware of this need for re-orientation, and therefore think that the old answers are still valid and sufficient. It is not that the foundation has to change, or that the basic doctrines have lost their meaning. But the expression and formulation of them sometimes needs rethinking as we listen afresh to God’s Word, and seek to present it to the new world in which we are living.
The whole cultural situation however is much more complex than can be dealt with simply by asserting that we have to adjust and rethink. There are many negative elements in the technocracy of today. We must find out what they really are, think through the means of removing them or at least formulating our attitude to them.

We must also learn to react positively to the positive elements of the revolt and protest around us. For it, too, is against the evils of technocracy. We must rejoice in the fact that man is shown to be still human by his protest against the forces that would dehumanize him. We must be alert to see that the lawless and negative revolutionary elements do not obscure the real issues, so that they do not become themselves an obstruction to finding the solution they seek.

Reading this excerpt after so many years also raised questions in my mind as to how Rookmaaker’s vision of Christian faith could be applied to the opening decades of the 21st century.

1. What is your first impression of what Dr. Rookmaaker communicates? Why do you think you responded as you did?

2. Do you know anyone personally who tends to “put their faith in a perfected technology”?

3. Writing in 1970, Rookmaaker says, “All this means that Christians must go through a period of study, thought and re-evaluation that will take much of our energy.” Did this occur in the last 40+ years? If so, to what extent was it adequate for the task?

4. Rookmaaker goes on to argue there is both a negative and a positive aspect to our task as Christians. The negative, he says, consists of naming the social and technological changes that affect us and then assess them in distinctly Christian categories. In his words: “There are many negative elements in the technocracy of today. We must find out what they really are, think through the means of removing them or at least formulating our attitude to them.” Has this been accomplished adequately over the past four decades? Why or why not?

5. The positive aspect to the Christians assessment may surprise many Christians. In most retellings of the story of the Sixties, the numerous protests and revolutionary movements tended to be viewed with unrelenting disapproval by conservative Christians—then and now. How do you respond to Rookmaaker’s perspective, especially as it is expressed in the final paragraph?

6. This is purely speculative, of course, because Dr. Rookmaaker is dead and cannot speak for himself. Still, I suspect that he would have a very similar thing to say to Christians at the beginning of the 21st century. What might that consist of?