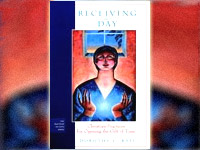 Growing up in the church meant that I heard the stories recorded in the Old Testament, including the ones which told of how the people of God were repeatedly seduced by the false religions, myths, and values of their pagan neighbors. I remember wondering how they could be so dumb as to fall for such obvious nonsense. I no longer wonder that. The reason, of course, is that I, too, have been similarly seduced.

The cultural myths and false values of an unbelieving world are seductive not simply because we are gullible (though there is that), but because they rarely come labeled as false. Often they are deeply attractive. They seem to make sense of life. They work. No one really thinks that much about them—instead, they are assumed to be true, accepted as common sense, and believed by all the best people. So we believe them, too, and attach Scriptural proof texts, though their source is not God’s word, but a world in rebellion against him.

Some cultural myths are even contradictory to Scripture, such as some of the ideas our frantic, busy world holds about time. “It’s an enemy,” we say. “And there’s not enough of it.”

Constantly pressed, surrounded by need, we end each day with the knowledge that much has been left undone. We may even be falling behind—and time marches on relentlessly. We may have promised to accomplish more than we did, but if not, we know people who did accomplish more, and so feel guilty in either case. There is a time famine and we sense the shortage keenly. If only we had more time, we say. Or were released from its relentless grip. “The seasons come and bring no sweet relief,” Emmylou Harris sings. “Time is a brutal but a careless thief / Who takes our lot but leaves behind the grief.” Trained to measure time as units of productivity, we manage it with ever greater intensity, and still are not satisfied. Efficiency must be maximized, and then maximized some more.

The Christian view of time, of course, is quite different. There is no shortage, no time famine. And rather than being an enemy, time is a gift given by a gracious God.

God created us to live in time, and called the arrangement “good.” If he made us to live in 24 hour days, how dare we suggest his creation is insufficient? It was the Industrial Revolution, not the Scriptures, that gave birth to the idea that efficiency and productivity are the bottom line. As Christians we believe that faithfulness to God’s call is what truly matters. Redeeming the time is not finally about efficient productivity, but about faithfully living to God’s glory—and Christian faithfulness includes regularly setting aside our work to rest quietly in his presence and word. We can rest because we believe he is at work bringing all things to their appointed end in Christ. He uses us, but does not need us, and in this we find both the delight of service and a freedom from anxiety. We can sleep and take our Sabbath rest knowing that needs remain—not because we are callous, but because we believe that redemption does not depend on us.

“I remember very clearly the moment when I first glimpsed the possibility that my Christian faith might be a source of guidance through the time crunch that was my life,” Dr. Bass writes. “It was a Saturday night, and a few teachers were sitting around a dinner table. Tomorrow we complained, would not be a happy day. Great piles of papers needed grading, and we had promised our students that we would return them on Monday. And so we whined, and as we whined our complaints gradually shaded into boasts. Someone listening in might have thought that we were competing to see who had to grade the most, who worked hardest, and who was most put upon by the demands of his or her job.

“That’s when it hit me. ‘Remember the Sabbath day, and keep it holy.’ This was a commandment, one of the ten laws in the basic moral code of Christianity, Judaism, and Western civilization, and here we were, hatching plans to violate it. I could not imagine this group sitting around saying, ‘I’m planning to take God’s name in vain’; ‘I’m planning to commit adultery’; ‘I think I’ll steal something.’ Yes, we might occasionally break one of the other commandments (‘You shall not covet’ is an especially hard one for me), but if we did, we would hardly boast.”

Dorothy Bass, director of the Val-paraiso (Indiana) University Project on the Education and Formation of People in Faith, is convinced that time is a gift and should be received as such by God’s people. She wrote Receiving the Day out of her own struggle with time, reminding her readers not just of the Christian view of time, but of the practices around Sabbaths, days, and years which have been used by believers over the centuries to be faithful in time. This is a helpful book, a reflection on time written not merely for evangelicals, but for anyone interested in learning what Christianity has to say on the topic.

We recommend Receiving the Day to you. Use the Study Guide in a small group to help prompt discussion. Supplement your reading with Bible study. And pray that God would help us identify how we have been seduced by a fallen world into seeing time not as the gracious gift it is, but as a relentless taskmaster. Time is good, not bad, and there is enough of it. Imagine if God’s people demonstrated that before our harried, driven, never-satisfied world.