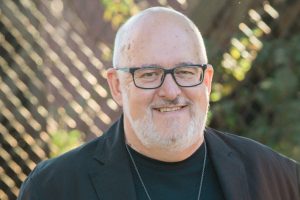 Occasionally I come across something that was written in the past, sometimes in the far past, and wonder how it could be so relevant for the present moment. It could have been written today but it wasn’t. One possible explanation is that nothing changed in the intervening period and that history has rolled on, unaltered. Another possibility is that what was written touches on reality so clearly and at such depth that it captures some bit of truth that does not wane in the passage of time, no matter how much has changed.

I am writing this in December 2016, just after a contentious presidential election and just before the inauguration of Donald Trump. If the election proved anything, it is that America is a deeply divided nation where uncertainty, anger and fear are widespread, a place where we do not really know their neighbors as well as we might have thought. And at this moment I read this in Reaching Out by Henri Nouwen, which was written 41 years ago:

In our world full of strangers, estranged from their own past, culture and country, from their neighbors, friends and family, from their deepest self and their God, we witness a painful search for a hospitable place where life can be lived without fear and where community can be found. Although many, we might even say most, strangers in this world become easily the victim of a fearful hostility, it is possible for men and women and obligatory for Christians to offer an open and hospitable space where strangers can cast off their strangeness and become our fellow human beings. The movement from hostility to hospitality is hard and full of difficulties. Our society seems to be increasingly full of fearful, defensive, aggressive people anxiously clinging to their property and inclined to look at their surrounding world with suspicion, always expecting an enemy to suddenly appear, intrude and do harm. But still—that is our vocation: to convert the hostis into a hospes, the enemy into a guest and to create the free and fearless space where brotherhood and sisterhood can be formed and fully experienced.

Was there something happening in 1975 that prompted Fr. Nouwen to write this? I don’t know, of course, but the little I know about him makes me doubt he needed current events to see the world clearly. The newspaper may have confirmed to him what the scriptures revealed, but what was happening around him wasn’t necessary for him to know the human condition.

We are lost in the cosmos whether current events starkly reveal that reality or cunningly mask it. Even if this presidential election revealed an unusually unified citizenry, deeply content with their lot in life and eager to discuss their views with those who happen to disagree, we are still lost in the cosmos. Current events help define how we might go about being faithful as God’s people, but if we think they show that the human condition has been changed we should think again. In this broken world there is always a need for agents of reconciliation to provide safe places that can be hints of the home we all have lost and yearn to have restored.

OK, but isn’t Nouwen being a bit legalistic here? “It is possible for men and women,” he says, “and obligatory for Christians to offer an open and hospitable space.” Obligatory?

If I love my wife I am obligated to care for her, cherish her and do all I can to allow her to flourish. I am obligated not by law or rules or the fear of guilt, but by love. Because God is love, St John tells us, those who know him know his love, and so love others. “Anyone who does not love does not know God,” he adds, not because of some law or rule or sense of guilt, but “because God is love” (1 John 4:8).

Yes, we are obligated as Christians, obligated by the love of God. It’s just the way love is.