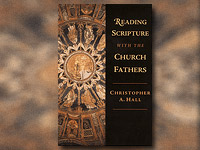 Many Christians appear to believe that their primary task in reading and studying Scripture is to determine what the text means to them. And, though we usually don’t say it in so many words, it seems rather obvious that any interpretation that is obvious to us must be, therefore, obviously true.

Sometimes this “right to interpret the Bible for ourselves” is defended as being a hallmark of the Reformation. Didn’t the Reformers teach that the ordinary Christian could understand the Bible? That all believers should be encouraged to read and study it in the conviction that God speaks to his children through his written Word? Yes, they did (it’s called the perspicuity of Scripture). However—and this is a very important clarification—they were also clear that this process of interpretation was to occur not individualistically, but within the accountability of the community of God’s people. Theologian Richard Lints points out that “the Reformers held that the proper context for the interpretation of the text is not the subjective interaction between a particular passage and a particular person but rather the interaction of a given passage with the whole of Scripture itself, the essential unity of which was established by its divine origin. And determinations of this sort, they believed, are most effectively accomplished by the corporate study of the Scriptures.” It is true that Sola Scriptura (Scripture alone) was championed by the Reformers, but “neither Luther nor Calvin ever intended that this principle serve as the means by which individual interpreters might bypass the contributions of the larger interpretive community, either past or present.”

As Christians we believe we are fallen, and that we do not somehow shed our sinfulness when we sit down to study the Bible. We are also finite, which means our understanding is always incomplete, at best, and that we’re never fully free of cultural bias. It is the Enlightenment, not the Christian faith, which imagines that it is possible to be a neutral or utterly objective observer. We need quality commentaries as one way in which to be accountable as we interpret Scripture.

We need to be listening to voices that span the last 2000 years and that is why the Ancient Christian Commentary series is such an important resource, since it allows us to listen to commentators from the period of church history which up to now has been, for most of us, largely shrouded in silence. This includes the earliest centuries of church history, the period traditionally referred to as that of the patristic fathers.

Since few of us know much of the first seven centuries of the church, Christopher Hall’s Reading Scripture with the Church Fathers is an excellent place to begin. Written as an introduction to the Ancient Christian Commentary series, Hall orientates us to the patristic period, introduces us to eight key fathers of the church (in the east, Athanasius, Gregory of Nazianzus, Basil the Great, & John Chrysostom, and in the west, Ambrose, Jerome, Augustine, & Gregory the Great), and helps us make sense of how the patristics approached and interpreted Scripture.

We need to “reacquaint ourselves with the classical Christian writers of our faith,” Dr. Thomas Oden, the general editor of the series writes. “By the classical Christian faith (or ancient ecumenical orthodoxy), I mean the Christian consensus of the first millennium. It must be asked here, What is the standard of orthodoxy in our postmodern world? In brief, it is that faith to which Vincent of Lérins pointed in the concise phrase ‘that which has been everywhere and always and by everyone believed.’” Those of us who desire that sort of orthodoxy will find the Ancient Christian Commentaries an invaluable aid for our study of Scripture.

David Wells says about the series: “This new, but old, commentary takes us out of the small, closed-minded world in which much modern biblical scholarship is done into an earlier time marked by a Christian seriousness, by robust inquiry, and by believing faith. This commentary is a fresh breeze blowing in our empty, postmodern world.”

The complete series will consist of 27 volumes, which will cover the Old and New Testaments and the Apocrypha. Since the church fathers did not (often) write commentaries, none of the Commentaries are by a single author, but rather consist of an artful blending of a variety of ancient teachers addressing a single text of Scripture. The comments are drawn from sermons, letters, and numerous other types of documents that have been preserved over time, many of which have been translated into English for the first time here. And if this description of the editing process sounds like the commentaries will be difficult to read or cumbersome in their prose, please trust me when I say that neither is the case. Possible only now that the massive literature of the patristic period has been computerized by scholars around the world, the Ancient Christian Commentaries are designed for thoughtful lay Christians, and will enrich their study of the Scriptures.