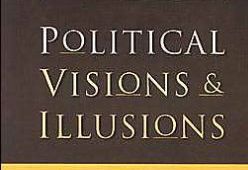 I have found the last couple of election cycles in America to be disappointing. Not because of the astounding amounts of money raised and spent, though the totals strike me as intolerable, if not obscene. Not because of who happened to be elected or defeated, because I am not particularly enamored with any of the candidates. Not because of the relentless flood of political ads since I don’t watch much TV and use the mute for commercials. Not because of the endless pontificating by pundits expositing the latest poll, even though most of the blather was neither news or informative of very much except what was going on in their own heads. And not because of the negative advertising, though I find it sad, since I am under no illusions about the dangerous lack of civility that characterizes American society.

I found the last couple of election cycles disappointing because they revealed, once again, how many Christians have become captive to and committed to various political ideologies.

I know I am treading on dangerous ground here. Not because I am afraid to speak of political realities, but because there is a real danger that those who need to read the book I am recommending here will refuse to if they find my comments about politics not to their liking. So here is my plea: if you are a Christian and concerned about the political sphere of life, no matter how active you are politically, please consider reading this book. Even if you end up disagreeing with the author—I think he is correct—but even if you disagree, you will have engaged in some serious reflection on Christian faithfulness in the political sphere of life.

The book is Political Visions & Illusions: A Survey and Christian Critique of Contemporary Ideologies by David Koyzis. Koyzis defines what an ideology is, critiques five primary ideologies powerfully at work today (liberalism, conservatism, nationalism, democracy, & socialism), shows how biblically all political ideologies are idolatries, and then charts a way forward for discerning Christians who wish to be faithful members of God’s kingdom while we wait for the return of the King. Os Guinness, in a quote for which I have lost the source—if you know it please send it to me—sums up the larger issue brilliantly:

Christians simply haven’t developed Christian tools of analysis to examine culture properly. Or rather, the tools the church once had have grown rusty or been mislaid. What often happens is that Christians wake up to some incident or issue and suddenly realize they need to analyze what’s going on. Then, having no tools of their own, they lean across and borrow the tools nearest them.

They don’t realize that, in their haste, they are borrowing not an isolated tool but a whole philosophical toolbox laden with tools which have their own particular bias to every problem (a Trojan horse in the toolbox, if you like). The toolbox may be Freudian, Hindu or Marxist. Occasionally, the toolbox is right-wing; more often today it is liberal or left-wing (the former mainly in North America, the latter mainly in Europe). Rarely—and this is all that matters to us—is it consistently or coherently Christian.

When Christians use tools for analysis (or bandy certain terms of description) which have non-Christian assumptions embedded within them, these tools (and terms) eventually act back on them like wearing someone else’s glasses or walking in someone else’s shoes. The tools shape the user. Their recent failure to think critically about culture has made Christians uniquely susceptible to this.

Political Visions is designed to help resolve this unfortunate state of affairs, particularly at the point where Christian faithfulness touches on the world and life of politics. Reading it will not solve the problems of the next election cycle, but it will help you see, understand, and act from a perspective more deeply informed by the truth of God’s word.