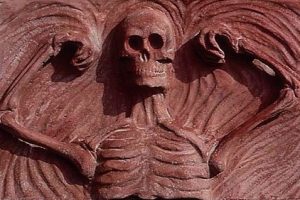 Over the last few months I’ve received notice of two different ventures being launched by friends. News of the first venture arrived via email. A friend I have known for years is beginning a movement to bring the truth of Christianity to the world. He is an indefatigable man, traveling, writing, and speaking with an energy and constancy that is inspiring, intimidating, and wearying. His email told how this vision slowly formed within him, eventually causing him to move from the US to Europe to be better positioned to put it into practice. He is someone in whom a passion for the gospel burns brightly. As I read it was as if I could hear his voice, and saw how this effort fit his personality and gifts, and grew naturally out of his long experience of life and ministry. I think his ideas are interesting and might prove to be helpful to many. If he had only stopped there, but sadly the email went on and as I read I became increasing troubled. It is one thing to tell friends about a dream that has captured our heart and that we have come to believe might involve the prompting of God’s Spirit. It is good to be committed to a movement that intends to bring the truth of Christianity to the world; it is another to launch a movement with the claim that this particular movement will reach the world as long as enough people get involved. Although my friend’s prose was not as crass as this, there was even some math involved: X number of churches times Y number of believers times Z number of years = the world reached.

When does vision cease and hubris begin? The point lies between our pursuit of faithfulness and any assumption of how God might choose to use it. I have no doubt my friend has been gripped by a growing awareness of what he should seek to do as he walks day by day before the face of God. It is his vision, and it is good, and with that, it seems to me, we should be content. The rest is in God’s hands, and unless my friend has access to eternal counsels I believe are closed to us mere mortals, it would be wise to be slow to claim we know how things will unfold.

The second venture arrived via a package in the U.S. mail, a book manuscript written by a friend. He sent it asking me to read it and consider submitting an endorsement. The book, a thoroughly winsome work of pastoral theology,Sensing Jesus, is written for anyone actively involved in Christian ministry. The author Zack Eswine, a friend I greatly admire, writes with rare authenticity as he deconstructs erroneous notions of ministry to replace them, through a careful exposition of Scripture, with a robustly biblical one. As I read it was like hearing his voice, as I read I kept thinking, yes, Zack, this seems to me to fit your calling and giftedness admirably. “I believe,” Zack writes near the beginning, “that Christian life and ministry is an apprenticeship with Jesus toward recovering our humanity and through his Spirit, helping our neighbors do the same.” I read that sentence, and then read it again. Yes, I thought, exactly right. There is a sweet aroma about that sentence. It’s the aroma of humility, of speaking the truth in love.

In some respects submitting a manuscript for publication doesn’t seem like a humble act. The manuscript’s very existence insists you believe you have something to say, and that people should be happy to give good money for the privilege of hearing it. And yet, done as simple faithfulness, we can pursue a vision that is bigger than ourselves without falling into hubris.

We can be faithful in the ordinary, seeking grace and human flourishing, and be content to leave the rest to God.