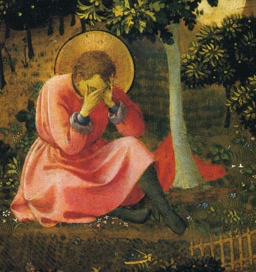 The uneasy feeling I had in anticipation of reading the Confessions was no surprise. I had read it before. It had stunned me—the beauty of the prose, the depth of insight into the human condition, the thoughtfulness of the arguments, the lively understanding of doctrine, the exalted vision of God, the passion of his faith. It had made me reflect on my own belief and practice, to repeatedly stop short and reconsider. So, if I reread it I expected another bout of disequilibration, that gracious, unsettling discomfort that is so very necessary for growth. In any case, I reread it and was not disappointed.

My reasons for rereading St Augustine’s Confessions are these. A 4-week discussion was offered at our church on it, and I enjoy such things. I do not share the evangelical notion that we can ignore what happened between the 1st and 16th centuries. I try to follow C. S. Lewis’ counsel. “It is a good rule,” he said, “after reading a new book, never to allow yourself another new one till you have read an old one in between. If that is too much for you, you should at least read one old one to every three new ones.” By that standard I am behind. Badly. St Paul teaches that God’s Spirit works by, in and through teaching gifts in the church “for the common good” (1 Corinthians 12:7-11). If that is true, Augustine taught for my benefit. And the first four centuries after the apostles are of immense significance for Christian thinking and life. The apostles bequeathed a rich tradition of belief and practice to the church (2 Thessalonians 3:6), and these early leaders sought to clarify, protect and define it. It was not a perfect time, nor inspired as Scripture is, and they made many errors. Still, as these centuries unfolded gifted and thoughtful Christian thinkers and artists developed a distinctively biblical worldview, giving birth to a redemptive creativity in poetry, literature, art, liturgics, music and philosophy. Scholars consider the Confessions to be a classic of Western literature. In it Augustine explores the greatest questions and yearnings of human existence in terms of an intensely personal story, told in the first person and addressed explicitly to God. Augustine didn’t just write a book that stands the test of time; in writing it he invented an entirely new genre of literature. Those seemed to me sufficient reasons to reread it.

Augustine was trained in the Roman skill of rhetoric but he did not write the Confessions to be an exercise in that art. He wrote it as a passionate prayer to reveal his heart in an act of worship, in order to reach hearts by reflecting on human life in light of the gospel. It is his story, but his way of telling it makes it ours.

“You are great, Lord, and greatly to be praised; great is your power, and infinite is your wisdom.” This is how Augustine opens his Confessions. “You have made us for yourself and restless is our heart until it comes to rest in you” [p. 3]. His story is a pursuit of love, of being pursued by love and a satisfying introduction into a life of love. “You never depart from us, and yet only with difficulty do we return to you,” Augustine says. “Go on, Lord, and act: stir us up and call us back; inflame us and draw us to you; stir us up and grow sweet to us; let us now love you, let us run to you” [p. 114].

Augustine also reflects on the nature of memory and time—both necessary if someone is to tell their story. He gets more philosophical in these sections, not in the sense of devolving into technical jargon or obscure questions but in the sense that life is inherently philosophical because life and love cannot be separated from truth. Our lives have meaning because reality is infused with the divine word that is behind all things.

Later in the Confessions Augustine works through the meaning of the creation narrative in Genesis. “You did not create,” he says to God, “out of any lack but out of the plenitude of your goodness”—a reason to worship every time we walk in nature [p. 232]. Although I remain unconvinced of much of his exposition of Genesis I am impressed by his insistence that creation, and Genesis 1 are not primarily about the cosmos but about Christ.

Augustine (354-430 ad) was able to speak into his culture creatively, expressing the gospel in ways designed to intrigue, at a time when pagan thinkers mounted a concerted attack on Christian faith.

But our very life came down to earth and bore our death, and slew it with the abundance of his own life. And, thundering, he called us to return to him… For he did not delay, but ran through the world, crying out by words, deeds, death, life, descent, ascension—crying aloud to us to return to him. And he departed from our sight so that we might return to our hearts and find him there. For he left us, and behold, he is here. He could not be with us long, yet he did not leave us. [p. 50].

As I read I am undone by Augustine’s understanding of his brokenness. Some think he had an unhealthy obsession with sin. I would say he is realistic, unwilling to gloss over the discomfort we have in facing our own fallen nature. In the second chapter of Confessions he tells the story of a stolen pear, a single pear taken by a 16-year old young man, out fooling around with a group of friends like young men tend to do. It is, most people would say, a small event, wholly unworthy of much reflection. But Augustine will have none of that. He did not need the pear and was not hungry. “I did not desire to enjoy what I stole, but only the theft and the sin itself… I was being gratuitously wicked, having no inducement to evil but the evil itself” [p. 23]. Is it possible that Augustine’s unwillingness to dismiss the deep brokenness he finds in his heart is not an unhealthy pessimism but the necessary prelude to the embrace of grace?

Al Wolters, a theologian whose perspective is deeply influenced by Augustinian thought proposes a way to understand the fall so that we comprehend its radical nature. He suggests we think of fallen creation in terms of structure and direction, meaning “the creational design and the spiritual orientation of things.” God created things to have a certain shape, a structure to fulfill their purpose and meaning but in our fallen world things are often misshapen. Some things may be so badly misshapen that we have trouble imagining the creational design God intended—mosquitoes, anyone? And often things are not directed to God’s glory and to show forth his presence and beauty but directed instead to lust or violence or unkindness. A film that demonstrates this two-fold perversion of the fall is The Founder (2016). We watch Ray Kroc (played by Michael Keaton), a frustrated salesman who is so ambitious that he allows nothing and no one to stand in his way. “You know what,” Kroc says to the McDonald brothers after he has stolen all they have dreamed of and worked for, “contracts are like hearts, they are made to be broken.” Kroc’s raw, ugly greed distorts both the structure and direction of McDonalds, so that it becomes simultaneously an economic success and a moral tragedy.

Enough. I could write more because the Confessions is such a rich book, but I’ll stop here.

Should you read the Confessions? I can’t answer that, but I hope you do. But be warned: reading it is to choose to walk into disequilibration. Uncomfortable but precious and life-giving.

“What Is To Be Done… Toward A Neocalvinist Agenda?” by Al Wolters in Cardus. (Winter 2005)