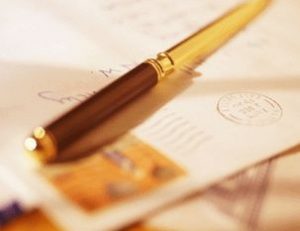 One of the summer thunderstorms famous in the upper Midwest just blew through. Rain poured so steadily the streets outside Toad Hall filled briefly with swirling streams of water and gravel was swept out of the alley like the debris in a gold prospector’s pan. The temperature dropped 15 degrees in half an hour, and wind gusts blew sheets of water against the windows. Now it is quiet, the clouds slowly dissipating, the temperature rising with the humidity, and somehow the grass and leaves look a deeper shade of green. Two robins are in the tree outside my window, preening after being caught in the downpour, looking a bit bedraggled. One cocked her head, its bright eye seemingly locked on me, then turned away and scratched furiously at its neck, balanced on one foot. I wondered where they sat out the storm, how they manage so well against such odds to keep on.

Last night before going to sleep I read a report by George Packer, “Empty Wallets” in The New Yorker (July 25, 2011, p. 23-24). He notes that on the first of July 2011, “there were officially 14.1 million unemployed Americans, or 9.2 per cent of the workforce.” That is only part of the picture, however. There are also those who have given up looking for work, and those who are termed “marginally employed,” in desperation accepting a job that does not supply an adequate income. “Economists report,” Packer says, “that the broader, and more accurate, unemployment rate is 16.2 per cent. Three years after the economic meltdown, nearly one in six Americans are out of work.”

Three things seem certain. First, whatever the correct figure, unemployment is too high. Second, whatever the solution is, political posturing and ideological rigidity are not helpful. And third, if we are not deeply thankful for whatever we receive we are ungrateful wretches.

When we began Ransom we determined that part of our calling was not to raise funds in the ways most nonprofits do but to trust that if we were to keep on God would provide through his people. It’s not that we think fund raising is wrong (it isn’t) or second rate (it isn’t) but simply that it wasn’t part of our calling (it still isn’t). In an interesting twist, a group of trusted friends encouraged us to try it, while all the professionals we approached said our dream would never fly. Go figure: that was 28 years ago.

Almost three decades, and still month by month we feel amazed. Amazed that people choose to give, amazed that we can say that perhaps what happens here in Ransom is one small evidence that God exists and is at work in his broken world, amazed that by God’s grace and his people’s generosity we can keep on.

How do we even talk about finances at a time like this? Does my mentioning God’s grace to us simply increase the sense of unfairness for someone out of work? Is it selfish of me to ask readers of Critique to consider giving to Ransom when so many other ministries need donors?

And so I come again to what I’ve already said is certain. May those who need work find it, and may more opportunities for meaningful employment open up. May true leaders arise who are willing to tackle the big issues, instead of using rhetoric to merely ensure their own political advantage. And may we live lives of deep thankfulness for whatever we receive.

We have been given a number of hints by the prophets as to what the coming kingdom will be like, and one of the sweetest was written by Zechariah. He was a priest, part of the contingent of Jews allowed to return to the land of Israel after years of exile in Babylon. “In that day,” he records God as promising, “every one of you will invite his neighbor under his vine and under his fig tree” (3:10). Let your imagination picture it. There will be time to sit and be, because each has enough, and we will take turns sitting in the shade under one another’s arbor and tree, fruitful and fresh, enjoying the cool and conversation.

May I learn to be grateful today, in anticipation of that time, world without end.