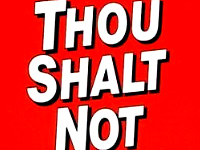 All things considered, there’s plenty a Christian can do, say, or believe which some other Christian will find offensive—perhaps even deeply offensive. A few of the offenses I’ve heard about recently include: reading Harry Potter books; giving Harry Potter books as gifts; inviting people to discuss an R-rated movie; while on vacation staying at the home of a relative who is cohabiting with a lover; attending a baby shower for a gay couple; mentioning an R-rated movie approvingly in public; being conversant about the music of Eminem; declining having a fish bumper sticker; suggesting the days of Genesis 1 might not be 24-hours long; disagreeing with the opinions expressed in World magazine; preferring public education over Christian and home schooling; and being against the war in Iraq.

In each case two issues are of importance: the specific issue involved and how to respond to the offended sister or brother. It’s the second of the two that we’d like to raise here. Of course it is tempting to simply dismiss the offended party with some label (liberal or fundamentalist; weak or legalistic), but surely that is less than fully faithful. Our Lord’s concern for unity among his followers (John 17:20-21) and insistence that the world’s view of him is tied to our treatment of one another (John 13:34-35) requires us to take seriously the charge that we have offended a member of God’s family.

Which suggests a number of questions worth discussing.

1. What other offenses could you add to the above list?

2. Why is it that one Christian’s freedom can be so offensive to another Christian? Do you tend to be one of the more easily offended Christians, or are you one of those who tends to offend others? Why is this? Is all this related to the fact that, all things considered, we tend to be most comfortable with people who are just like us? Is this good or bad? How do you know?

4. One argument raised by Christian parents involves modeling offensive behavior before their children. “If you want to watch R-rated films,” they say, “that’s your business. But when you mention a movie like Magnolia approvingly in public, or invite people to discuss it in your home, you make my parenting more difficult. So, don’t.” How would you respond?

6. How much diversity should the church be able to include? A Sunday school class? A small group? A family?

7. In seeking reconciliation after an offense has occurred, how important is it to agree about the behavior or statement that caused the offense? Should we ever apologize for something about which we honestly believe we bear no guilt?

8. Reflect on the offenses you might provoke in the circles in which you tend to be at home. Are they important enough to risk causing offense to someone? Do you have good, thoughtful, biblical, and sufficient arguments for each one?

9. Consider/discuss this: A mark of maturity in a Christian adult is that they are seldom offended and difficult to offend. The reason is that they know their own deep sinfulness and are realistic about themselves, and about all other sinners. They are patient with people who don’t meet their expectations because they know how much they need forgiveness themselves. They don’t take pleasure in causing offense, but they know that some are too spiritually immature to rest in quiet confidence in the grace of God. Parents that are offended when behavior they forbid for their children is exhibited by believers are mistakenly trying to raise their family in a temptation-free utopia which doesn’t exist. When the offended party is a young believer who might stumble in faith, they gladly give up their freedom. When the offended party is an older believer who is fearful, legalistic, or self-centered they seek reconciliation without setting aside the freedom that is legitimately theirs in Christ.

10. What tends to occur within the Christian community when being (easily) offended is considered a mark of spiritual maturity? How can we help one another grow in grace?