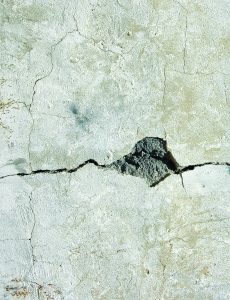 A good friend chided me for showing frustration instead of patience with some friends. Actually, the correct term is rebuked, but “chided,” sounds better for some reason, and I’d rather talk about the difference between the two terms than face my failure.

There is a striking conversation in The Silmarillion by J. R. R. Tolkien. Olwë is accused of renouncing a friendship but he objects. “We renounce no friendship,” he says. “But it may be the part of a friend to rebuke a friend’s folly.”

I was wrong (displaying frustration), it should be noted, while being entirely correct (frustrating things occurred). Some things that should be done weren’t getting done. Requests had been made more than once that they be done. My friend, in the midst of chiding, sorry, rebuking me mentioned she had been frustrated too.

I was wrong while being entirely correct, which is part of the reason I disliked our brief encounter after the worship service. The main reason though is just that I don’t like being chided. I should add that my friend was righteous in how she chided me—gentle, loving, affirming, gracious. She even spoke the words of rebuke with a subtle wit, showing that she was on my side, and that she was my friend and would continue to be.

In this my friend stands in a long and noble tradition of redemptive relationships that has its grounding in the word of God. As a Christian I believe that behind all reality is God, or to put it more accurately, the really, finally real is God Almighty, Father, Son and Holy Ghost. Nothing stands behind him. And as my spiritual mentor was fond of saying, God is there and he is not silent. And in a broken world, God’s gracious word chides fallen people—and get this—this is not onerous but is a gift of grace. Consider what St Paul writes to his younger colleague, Timothy:

All scripture is inspired by God and is useful for teaching, for reproof, for correction, and for training in righteousness, so that everyone who belongs to God may be proficient, equipped for every good work. In the presence of God and of Christ Jesus, who is to judge the living and the dead, and in view of his appearing and his kingdom, I solemnly urge you: proclaim the message; be persistent whether the time is favorable or unfavorable; convince, rebuke, and encourage, with the utmost patience in teaching. (2 Timothy 3:16-4:2)

Sadly, I am more eager to be considered correct in what frustrated me than the fact I was openly impatient with people who are not merely made in God’s image but among my closest friends.

“Do not reprove a scoffer, or he will hate you,” Proverbs 9:8 reads, “reprove a wise man, and he will love you.” I not only think this to be true, I want to counted among the wise, not the cynical and hard-hearted. In the world of advanced modernity we are surrounded by scoffers, by people that claim all they do is excellent and that they have no need to seek forgiveness for anything. I do not want to be one of them. I want to be wise. And so, here, very publicly, I say thank you to my friend who rebuked me for impatience last Sunday after church. You are correct in what you saw in me that needed chiding rebuking, in how you rebuked me, and in being my good and godly friend. I love and respect you for the risk you took.