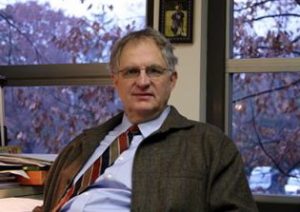 Moving Pictures, Godly Reflections
I have never met Roy Anker but from his books I think I have at least a good hint as to what he is like. I suspect he loves his work as a teacher (he is a professor); he is committed to the notion that Christian faith speaks meaningfully to all of life and culture (he teaches at Calvin College); and he loves good stories (he teaches literature and film). It is true that the facts about Anker are included in his author’s bio, but I would have recognized his passions—mentoring a generation of young adults, reveling in good stories, appreciating the expansive wonder of the gospel—simply from reading what he has written. This is a man who has more than a job; it is his calling.

In Of Pilgrims and Fire, Anker allows us to listen in as he watches and reflects on twenty films, from mainstream classics like Superman and E.T.:The Extra-Terrestrial, to thoughtful expositions of life like Magnolia and The Shawshank Redemption, to foreign productions like Decalogue 1 and Babette’s Feast, to older, often ignored films like Crimes & Misdemeanors and The Godfather: Part III. For each film he provides some general comments, a brief list of things to watch for in the film, some comments to read after viewing the movie, some questions for reflection and discussion, some of the things that film critics said about the film, and a few other films that include the director and/or main actors. Of Pilgrims and Fire helps us think without telling us what to think.

Humanity’s appetite for stories is insatiable, because stories are deeply pleasurable. Within the human’s relentless curiosity, though, the most urgent question of all is the one about what will happen to one’s own self, fragile and mortal, and for what reasons and purposes it will happen. That is the deep mystery to which stories speak. People generally seem to be wired that way, whether from a survival instinct or as a trace of the “image of God” lingering within them. Simply put, we love stories, and not just as illustrations of larger, abstract truths. Stories themselves have a depth of appeal and cogency that math and philosophy never will. Stories entice and compel and, if told well, convince. Even The Scientific American has pursued this question, concluding finally that “the safe, imaginary world of a story may… have a unique power to persuade and motivate, because [stories] appeal to our emotions and capacity for empathy” (9/18/2008).

Most stories are really very simple. The late novelist John Gardner once observed that there are really only two kinds of stories: a stranger comes to town, or someone goes on a trip. Someone comes, or someone goes—both are pilgrims—and then change and the unexpected happen.

Stories work to tell us what the world and the creatures in it are like, providing maps, if you will, of the terrain of human experience: why people do what they do, what’s likely to happen, what evil looks like, what ultimately matters most, and what we can generally expect from life in a human skin.

You will not have to agree with everything Anker says in Of Pilgrims and Fire to benefit from the book. It is intended to be a guide to seeing more clearly, an invitation to engage the art and beauty of film more fully instead of just letting movies wash over you as you sit in the dark. We recommend Of Pilgrims and Fire to you.