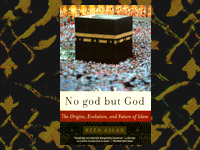 Dispatch from Frederick Cooper, Deputy Commissioner of Amritsar, to the Foreign Office in London, regarding the fate of the mutinous Sepoys (Bengali Muslim soldiers) at Lahore, India. First of August, 1857:

On the 30th of July, some 400 Sepoys from the 26th Native Infantry escaped from the prison camp at Mianmir, where by order of the Crown they had been assembled and disarmed to prevent them from possibly joining the Mohammedan rebels at Delhi. Being weakened and famished, the Sepoys were easily pursued to the banks of the Ravi, where some 150 of them were shot, mobbed backwards into the river, and drowned. The survivors floated across the river on pieces of wood until they reached the. opposite shore, whereupon they gathered together like a brood of wild fowl, waiting to be captured. Had they tried to escape, a bloody struggle would have ensued. But Providence ordered otherwise. Indeed, everything natural, artificial, and accidental combined to secure their fate.

The sun was setting in golden splendour; and as the doomed men, with joined palms, crowded down to the shore on the approach of our boats, their long shadows were flung athwart the gleaming waters. In utter despair, forty or fifty dashed into the stream; and the sowars [mounted Indian soldiers], being on the point of taking potshots at the heads of the swimmers, were given orders not to shoot. The mutineers were remarkably compliant. They were evidently possessed of a sudden and insane idea that they were going to be tried by court martial, after some luxurious refreshment. In consequence, they submitted to being bound by a single man, and stocked like slaves into the holds of our boats.

By midnight, as the glorious moon came out through the clouds and reflected herself in myriad pools and streams, we had gathered 282 of the Bengali rebels. In the morning, a party of Sikhs arrived with a large supply of rope. But being as the trees were scarce, the rope was not used. A larger problem lay in dealing with the loyal Mohammedan troopers, who would surely not have stood by in silence as justice was meted out upon their rebellious co religionists. As fortune would have it, the 1st of August was the anniversary of the great Mohammedan festival of Bukra Eid. A capital excuse was thus afforded to permit the Mohammedan horsemen to return to their homes to celebrate, while we Christians, unembarrassed by their presence and aided by the faithful Sikhs, might perform a ceremonial sacrifice of a different nature upon their brethren.

There remained one last difficulty, which was of sanitary consideration. But again, as fortune would have it, a deep dry well was discovered within one hundred yards of the police station, furnishing a convenient solution as to how to dispose of the dishonoured soldiers.

At first light, the prisoners were bound together in groups of ten and brought out of their prisons. Believing they were about to be tried and their unwarranted grievances heard, the Sepoys were unusually docile. But when the shots began to ring in the still morning air, and they suddenly discovered the real and awful fate that awaited them, they were filled with astonishment and rage.

The execution commenced uninterrupted until one of our men swooned away (he was the oldest of our firing party), and a little respite was allowed. After we had shot some 237 of the Mohammedans, the district officer was informed that the remaining captives were apparently refusing to come out of the bastion, where they had been imprisoned temporarily in expectation of their execution. Anticipating a rush and resistance, preparations were made against their escape. The bastion was surrounded, the doors opened, and behold! Forty five bodies, dead from fright, exhaustion, fatigue, heat, and partial suffocation, were dragged into the light. These dead, along with their executed comrades were thrown by the village sweepers into the well. Thus, within forty eight hours of their escape, the entire 26th regiment was accounted for and disposed of.

To those of you fond of reading signs, we would point to the solitary golden cross still gleaming aloft on the summit of the Christian church in Delhi, whole and untouched; though the ball on which it rests is riddled with shots deliberately fired by the mutinous infidels of the town. The cross symbolically triumphant over a shattered globe! How the wisdom and heroism of our English soldiers seem like mere dross before the manifest and wondrous interposition of Almighty God in the cause of Christianity!